So, without further ado, I am back in the blogging seat.  Hello!

I had to make some trips to Dublin yesterday and the day before, which explains my absence from the blog; in contrast with the post I made about the city being dank and depressing a few days ago, though, I was glad to perceive a slight improvement in the overall mood of the place.  Perhaps the spirit of a city has a lot to do with the weather and time of day when you make your visit, not to mention your reasons for being there in the first place.  Naturally, if you’re off to visit a friend (as I was yesterday), the whole place will seem brighter.  In any case, whatever the reason, I enjoyed my time in the city a bit more over the past few days; I was, however, still very glad to get home. 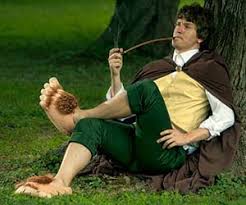 But now for the paranoia, as promised.   If you own a tinfoil hat, you may wish to don it at this point.

Whenever I’m working on something, no matter what it is, I feel at a certain point during the writing of it that everywhere I look, I see my idea cropping up.  No matter how closely guarded my thoughts are, or how jealously I clutch my metaphorical cards to my metaphorical chest, I can’t help but think: ‘This has all been done.  I’m flogging a dead horse with this idea.’  Does anyone else know how this feels?  The core concept of my WiP was, at the time I first thought of it, quite different to anything else that was leading the market.  In a vampire- and werewolf-saturated world, I thought I’d come up with something just that little bit different.  However, now that I’m finally getting around to writing it, and coming towards the end of draft one, everywhere I look I see similar concepts popping up.  Judging by how long it takes for an idea to go to a published book on a shelf, this trend has been brewing for a couple of years already.  I fear that by the time my own work might be anywhere near ready to bring to the market, things will have moved on again.

Who sets the trends, anyway?  How do they form, and how do they build the momentum to become a wave instead of a drop in the ocean?  I remember when I first approached my old university to undertake my dissertation, I pitched an idea along the lines of ‘Old English meets Angela Carter’, thinking ‘wow, this’ll blow their socks off’; I was met with a disappointed face and my head of subject telling me ‘oh no – not you, too.’  Apparently, practically every applicant she’d met with that year wanted to write about Angela Carter in some way or another.  So much for me thinking I was being utterly unique.  But the funny thing was – I hadn’t known that all my contemporaries were also interested in studying Angela Carter, I had no connections to any other applicant that year, and the Angela Carter link applied across all the variants of English studies into which one could undertake a research dissertation – Carter was being studied by my fellow medievalists, as well as by modern American literature scholars, Anglo-Irish literature scholars, and so on.  For some undefinable reason, she was just on everyone’s mind, all at the same time.

As I came to the end of my research dissertation, too, everywhere I looked I saw boundaries (which was the main point of interest in my work) – everyone seemed to be writing about them, thinking about them and making TV programmes about them.  The concept I had spent three years sweating over now seemed to be part of pop culture, and yesterday’s news.  It was almost disheartening enough to make me give up.  My supervisor said that it was part of being so invested in something – I was thinking about boundaries in texts and culture all the time, so it was natural that I’d see them everywhere I looked – but I always felt it was more than that.  I carried on, and completed the dissertation, and managed to get the degree without being accused of hopping on a boundary bandwagon, but it really did appear that my ideas were not as groundbreaking as I’d hoped.  My once incisive arguments sank into a morass of thoughts contained in a mountain of other dissertations, all vaguely similar, and that was upsetting.

Perhaps it is just as my supervisor said, and it’s true that people will always be more sensitive to ideas similar to their own, because they’re constantly thinking about them.  It’s also true, though, that it’s heartbreaking to see other books with a very similar theme appearing on the shelves just as you’re trying to bring your own to a conclusion – naturally, you’re going to assume ‘why would I bother to continue with this?’  Well, of course I’m bothering to continue because I love the idea, and I love the characters, and I have a story that wants to be told.  Whether anyone will buy it at the end of the day or not is something I have to be indifferent to, in some ways; I can’t let it have much effect on the creative process.

So, am I a rambling paranoiac, or has anyone else experienced this?  I’d love to hear about it.  If anyone has any thoughts on trend-setting, too, let’s have them!  It’s seriously something I have never understood, and would value the wisdom of others.  Are we really all just a hive-mind?  Is it possible to be influenced by trends without even being aware of it?  Or am I just a hopeless lunatic?