November is probably my favourite month. I love the light, I love the colours on the leaves, I love the spooky holdover from Hallowe’en with All Saints’ Day (today) and All Souls’ Day (tomorrow). Also, it helps that November holds my birthday, though as I get older that doesn’t seem like such a good thing any more.

Although, heck, if Besse Cooper can make it to 116 with a smile on her face, what have I got to worry about?

I hope you all had a great Hallowe’en. We had so many cute and scary callers that we didn’t have a scrap of anything sweet left by the end of the night! We only barely had enough to satisfy all those who rang our doorbell, and it was great fun.

But now – on to business.

Yesterday, I officially started my Draft 2 of the WiP. I seem to be adding words, instead of taking them away; I’m doing a lot of rewriting, so it’s taking me a long time. Ever since I finished Draft 1 I’ve had the story on my mind, and I’ve never been far from a notebook and pen, to take down my ideas and thoughts as to where the plot might end up. I suppose this goes against the rules of ‘taking a complete break’ from your work between Drafts 1 and 2, but I didn’t really see any better way to proceed. I’m particularly concerned with my protagonist, and I wanted to do a total re-think of her actions throughout the book. I was a bit concerned that I was writing a ‘Mary Sue’ sort of character – a character who’s pretty much a placeholder, or an idealised, too-perfect sort of person. Having re-read a bit of the story, I now realise the main problem with her is not that she’s too idealised, but that too much of the plot just happens to her. She’s not the agent of change for enough of the book – she’s not driving the action, and of course she should be. Not all the time, though, as there are lots of things about her world, her family and the structure of their business that she doesn’t know about or understand fully, but certainly she should be doing more than just sitting around reacting to things that happen. In Draft 1, she was every bit as intelligent, compassionate, brave and stubborn as I’d wanted her to be, but the way I’d set up the plot also made her seem passive, shrill and powerless. So, that’s a giant no-no.

While we’re on the topic of Mary Sues, I wonder does anyone else ever consciously think about stereotypical character traits while they’re writing? What I mean is, do you deliberately avoid, or change, certain aspects of a character’s personality while you’re creating them, for fear of (unwittingly) writing a character who is too perfect, too exceptional, too pretty, too talented, or whatever? My mind has been spinning around these concepts for a few days now. Everything I’ve read about the classic ‘Mary Sue’ has said something along the lines of ‘a Mary Sue is a ‘wish-fulfillment’ character, one who has powers and abilities that are too perfect to be realistic, or who is too good, wholesome and wonderful to come across as a well-rounded and flawed human character.’ I’m wondering if these sort of ‘goody goody’ character traits are always bad, and to be avoided. I’m wondering if modern writers, in trying to avoid creating characters with these sort of traits, are hobbling themselves and their own creativity – should an author create a character with these sorts of limitations in mind, or should s/he just write the character that appears in their imagination? And if their character has certain Mary Sue-ish traits, should they censor their creation? 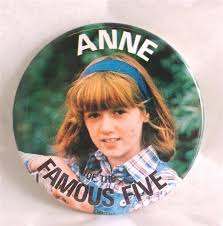 Obviously, it’s important to create a character that readers can identify with. But I’m wondering about fashions and trends in literature, too – the ‘Mary Sue’ type seems to me to be a character which has always existed, in some form, and it seems to go in and out of fashion. The term ‘Mary Sue’ itself has only been used since the 1970s, but the idea goes back a lot further. The trope of a ‘perfect’ character has always been used in fiction, sometimes to teach the reader a moral lesson or to show them how to behave in order to attain some sort of perfection; this sort of mind-set was very prevalent in the past. We see it in medieval Mystery and morality plays (after a fashion), and in texts like Pilgrim’s Progress; we see it in early children’s literature and even in some more recent tales for children, like the Enid Blyton stories. The Mary Sue is almost like a medieval allegorical character – they’re like a puppet whose strings are being pulled, and they act a particular way because the writer wants them to, in order to illustrate a point or describe a theme. They do what they do because they have to – there’s no other possible way for them to act. They don’t seem real. This sort of characterisation seemed comforting and appealing, perhaps, to audiences of the past. Nobody nowadays, however, likes to think their books exist merely to teach them lessons – readers want to read and enjoy stories, and they want to take part in the thrilling adventures that their protagonists are experiencing. What’s the point in putting a character in danger if they’re so perfect that they’ll either figure out an ingenious solution, or die heroically in such an admirable way that the ‘baddie’ immediately has a change of heart and turns him/herself in? That sort of story-telling might have worked in the nineteenth century, but it’s not what modern audiences want.

And yet, I’m still concerned.

There seems to be a swing in current writing away from the idea of the ‘perfect’ protagonist, and characters who are unremarkable – i.e. blessed with no particular gifts or abilities, not in possession of more personal charm than any other character, and certainly no better (or worse) looking than anyone else. I was able to do an online quiz the other day to test my character for Mary Sue-isms (which concluded that my character was not in any danger of being idealised!) and the questions gave the impression that for a character to ‘work’, they need to have some sort of imperfection, they can’t be too pretty (or too unattractive), they can’t be struggling with the death of a parent or a family member, they can’t be labouring under a huge psychological burden from their childhood, they can’t have exceptional gifts and they can’t be ‘The Chosen One’. Isn’t this rather restricting? And, if every children’s and Young Adult book written over the next few years features these flawed heroes and heroines, won’t the taste and fashion just swing around again, back the way it came? Perhaps in ten years you’ll have online quizzes telling you to make your characters more heroic, more dazzling, more perfect, because ‘people are sick of reading about characters that struggle under the weight of their own flaws.’

So, I’m wondering if we should just write the character we want to write. Give them a mixture of characteristics, and make sure we know them extremely well before we put them into our story. Make sure we know how they’d react in any given situation before they step onto our mental stage. But if they have a particular ability, let them use it, and if they have a particular mental struggle – if that struggle is part of who they are, and not just there for effect – let them struggle with it. I want my character to be as real to anyone who reads her as she is to me, but I also don’t want to let fashions or trends dictate how I write her.

What do you think?