On this day, when America votes on its new president, I don’t feel there’s any other topic I can really write about than politics. I never wanted to make this blog a platform for any particular political opinion, so we won’t get into details. Just in case you were afraid I was going to go off on a rant – I won’t. Mainly because my ignorance of politics is dwarfed only by my ignorance of mathematics, and I don’t want to make a fool of myself.

What’s always fascinated me about the US and its electoral system is how incredibly, mind-meltingly complicated it all seems. At least, to this ignoramus Outlander, that’s how it appears. I can’t say I truly understand how some states become solid Democrat states, and some solid Republican, and how others (Florida, Ohio, Virginia this time round – as far as I remember) are ‘swing’ states, which can go either way and may be enough to win the election for one side or another. I’m sure the system is well worked out, and people are happy with it, and it all makes perfect sense if you understand it, but it seems odd to me that one state, and how it chooses to vote, would be enough to decide an entire election – especially in a country the size of the US. 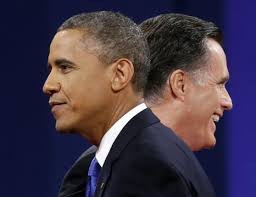 Coming from a tiny island in the icy Atlantic where elections are largely a source of entertainment (though not on purpose), it also amuses me that a country like the US has states which traditionally vote one way or the other – states which a Republican candidate, for instance, can be largely expected to lose, no matter what they do, and the same for the Democrat candidate. This is so exactly like the Irish tradition of families all voting for the same party, down through the generations, because ‘it’s what we’ve always done’ (regardless of how poor a party they might be, or how much damage they’re doing to the country), that it makes me shake my head in wonder at how nobody has yet come up with a better way to do it.

I wonder about being a lone Republican in a solid Democrat-voting state, for example, and whether I’d even have the incentive to vote. If I knew my vote was going to make no difference, what would entice me to cast it? Sometimes, when voting in my own elections, I am left in the awful situation of not knowing who to vote for, because usually you have to favour the lesser of four or five evils – there’s not one party in Ireland who would match my political viewpoint, and even those that come close always fall short on several important points. It’s difficult to make a choice, sometimes, and it’s no wonder that voter apathy can be quite high in my country – it feels like no matter who you vote for, nothing ever changes. 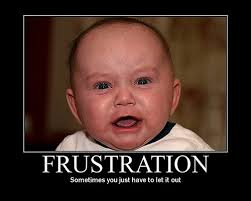 But then, at least we’re given the chance to have a voice. There are countries, of course, where no choice is given to citizens over any aspect of their political system or their public representatives. I’d much rather live in any democratic country, despite the flaws in the system, than in a nation in which I would have no say over anything. Having said that, Ireland is going to the polls this weekend, too, and we’re being asked to vote on an amendment to our Constitution which would affect children at risk in our society. You’d think it would be an open-and-shut case, and that – for once – everyone would be on the same page; stronger safeguards for children at risk? Let’s vote in favour! But, of course, it’s never that easy. Things like the plotline of a TV soap opera are, apparently, going to affect the outcome of this vote, and there’s been a certain amount of uninformed opinions which have gained a huge following, and which might skew public opinion in a particular direction. Our government is united in their opinion as to which way they’d like the vote to go, and there’s nothing more likely to make the country vote the other way than the feeling of ‘getting one over on the Man’ by not doing what they’re expected to. I’m not even sure if the amendment being voted on would come into their decision-making, which means that an important amendment might not be given the weight it deserves by the voters, and this annoys me.

Anyway. I’m not going to go into my own views, because I’m trying not to annoy anyone – nothing is more divisive than politics, after all. The last thing I want to do is cause offence to anyone. I know what way I hope the US election will go, and I also know what way I hope our Constitutional Amendment vote will go. However, I fear that neither vote will go the way I hope!

2 thoughts on “The Apolitical Political Blog”