I should just have stayed in bed this morning. I’ve been sitting staring at a blank screen for nearly two hours, trying to find a way to start this post – which, in a way, is sort of fitting, because today I want to write a little bit about my protagonist’s love life, and about love relationships in YA fiction generally. My character’s sixteen, so it makes sense, of sorts, that I can’t find a proper foothold on my words regarding her romantic life – because, when I was sixteen, I had as much knowledge of boy-girl relationships as I had about nuclear physics. 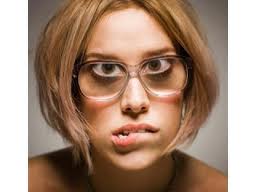 I knew a lot about unrequited love, sure, and doomed, pointless, overblown, tearful dramatics; it was a painful time for me, in so many ways. I spent years convinced I’d never be loved, and I spent years wondering what was so wrong with me that nobody would even ask me to dance at a disco, let alone ask me out on a date (Not that we really ‘date’ in Ireland – it’s more like drink-fuelled combat). It would never, of course, have occurred to me to ask someone out on a date myself – when I was sixteen, the only tones permitted for use when speaking to a boy were utter disdain or raging sarcasm.* I could never quite manage to work out how other people managed to arrange to see each other romantically, when all they were able to do was hurl abuse at one another. At least I had the benefit of attending a mixed school, so boys were a part of my daily life from the age of thirteen or so. Well, they were a part of my daily life the same way that watching nature programmes on TV makes gorillas a part of your daily life; they were there, but untouchable – and, sometimes, a bit terrifying. Despite this, I’m glad I had the opportunity to get to know how to deal with male people on an everyday basis, as it proved useful in college and life. Somewhat useful, at least – I did manage to ask someone on a date when I was in college, as a postgraduate, actually, and it was a total disaster. At least I had the guts to try by then, though.

But there you have it – a potted history of my early love life. Not a lot to go on, really.

From my perspective now, as a (very) happily married (approaching) middle-aged person, the pain of my teenage rejections has largely faded, though of course I’ll never forget it. I can see now how much it shaped my character, and how not being seen as ‘dateable’ in school meant I learned to make friends with boys and appreciate them as people. In a strange way, I’m almost glad of it; I think the person I am now owes a lot to my teenage travails. My protagonist is quite different, insofar as she’s had a somewhat sheltered upbringing and hasn’t had a lot of contact with boys, besides her immediate family. She has no idea, at first, how to react when she meets a boy she’s not related to – due to the nature of their meeting, there’s a bit of fear there, but once her shock wears off she soon starts treating him just as another person. There’s no coquette about my protagonist, which I admire. Nothing gets my goat more when reading YA literature than encountering a previously strong, intelligent heroine who goes all giggly when a boy turns up, or who suddenly starts fretting about how she looks.  My character takes this strange boy at face value, and doesn’t even notice when he starts to warm towards her.

I’ve read a bit of criticism of YA books, and how love relationships are generally treated (just to make sure I wasn’t falling into any cliche-traps), and I learned lots about ‘insta-love’ and how much love triangles are abhorred by readers. Well, I don’t have any love triangles in my WiP, because they annoy me too, and I’m doing my best to avoid the ‘insta-love’ trap, where an author decides that two characters will fall in love without any real reason. I’ve read reviews of books which have decried the author’s decision to have the male lead fall in love with the female lead, just because it serves the story and not because there are any really lovable or admirable traits about the female character, nor any real attraction or chemistry between the pair, or any logical reason why they would fall for one another. It’s just love for the sake of it, which is something I want to avoid. I hope I’ve created a character in my protagonist who displays strength, courage, intelligence and self-confidence, who has bravery and integrity in spades, and who is easy to admire and love. It’s difficult, though, when you’re writing a story in the first person, because obviously we see everything from the character’s point of view. Her feelings about the male character are clouded and confused at first, because she doesn’t know what to make of them, and she ignores her thoughts in relation to him because they don’t make sense to her. Writing a love relationship like this is difficult, but all I have to do is remember my own confusion about love at that age, and it becomes a bit easier. I just wish I’d had my protagonist’s self-possession!

I’d be interested to know if anyone else has encountered similar issues in their characterisation – how do you deal with ‘awkward’ things like sexuality, romance, family issues and so on with your characters? Do you base their reactions on your own life history, or is it more a case of using your imagination? And does your choice of narrative voice help or hinder you?

*Not really. You were also allowed to talk to boys about music, cars and football, if you knew your stuff. For this, you could adopt a normal voice. I guess the dating stuff got mixed up in the football and music talk, but it will forever be a mystery to me!