I have finished my fifth (possibly sixth?) draft! Now, it’s time to collapse in a twitching heap. 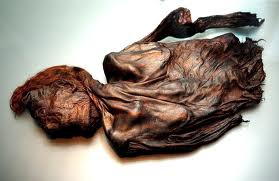 This is kind of how I feel right now.

It was a really hard edit, this time. This draft, I used purple ink to distinguish my corrections from the first hard-copy edit I made, in which I used red ink. When I tell you there’s at least three times as much purple ink as red on this paper beast, I’m not telling you a word of a lie. I’m actually a bit frightened by the fact that glaring omissions, errors, downright stupidities and unfulfilled storylines were overlooked by me first time round, and the red pen passed over them, unconcerned. It took the might of the purple pen to bring them to heel. Sort of ironic, when you consider the idea that ‘purple’ is usually a term you want to avoid when you’re writing – I guess, when you’re me, it can be a good thing.

It might interest some readers to know that my prologue (to which I was deeply, emotionally and powerfully attached) has been junked. Yes, junked. It had been reduced to a blur of scribbles and tiny, scribbled mutterings, until I finally decided last night that the reason I was so unhappy with it was because it was unnecessary, stupid and not working. I loved it, though – it was the first thing I wrote, the first gentle dip into this fictive world, and I clung to it like a limpet for all these months, despite the advice of my brother, my husband and my friend Claire. They all read it and said – look, this needs to go. I snarled like a wild animal protecting its young and told them all to sod off, that it was my book and the prologue was staying. So, to them, I wish to say ‘sorry for being such a silly auteur and thank you very much for your constructive, clever and correct criticism’. It just took me a few months to let it sink in.

I’ve read so many guidelines to writing, all of which say things like ‘if there’s something about your writing that you really love or feel unaccountably attached to, it’s a sign there’s something not right with it’, or ‘if there’s something that needs to be tweaked and tucked and adjusted and stretched and which, no matter what you do to it, just doesn’t fit, get rid of it’, but I never understood those tips until now. I really loved that prologue, written in the protagonist’s voice after the events of the book have taken place; battle-worn and life-weary, she introduces us to her world and lets us know that bad things have taken place, and will take place. She alerts us to the fact that her family are not what they seem. I thought it was important, and for a long time it seemed important. Perhaps it seemed important because the book wasn’t finished, and it was only when the story had played out that I could understand the reader doesn’t need all the suspense sucked out of the plot. I’m thinking, now, that it’s better to drop the reader into the heart of this family which seems loving, if a little dysfunctional; it’s better to let them work out for themselves that what the protagonist’s family does for a living isn’t quite wholesome, instead of having it told to them in the first page or two. I wasn’t able to make the protagonist’s retelling of the mythology of her world, which had been a big part of the prologue, sit properly – it just felt clumsy, and sticky, and it bothered me. Eventually, and finally, it dawned on me that the only way to fix it was to take it away. It’s explained throughout the plot anyway, so there’s no need to introduce it at the very beginning. It was a horrible, heartbreaking decision, but I know it’s the right one – even writing this post, explaining to you (and myself) why I took the decision to change it is making sense to me.

My only regret is that I didn’t have this epiphany before I entered my work into the competition, back in October; the prologue is the first bit that the judges will read, and if it puts them off reading the rest of it, I really will kick myself.

Gah. I coulda been a contender…

Anyway. Despite the fact that I feel like Clonycavan Man (that handsome gent in the image, above), I need to keep working. Making edits with a pen onto my print-out is, of course, only the first step in a long process. Now, I have to go back through my work and make all these edits and changes, hoping that they all work and that I don’t spot any more gaping plot anomalies. I can’t promise not to weep when I highlight my beloved prologue and hit ‘delete’ – please don’t hold it against me.

Right. Time to make some coffee and get cracking. Happy Tuesday!