My body clock is all out of whack this week. I’m up late again, buzzing with energy at completely the wrong time of day/night, and I’ve no idea why. It could be something to do with stress, maybe – the results of the writing competition (which I keep going on about) are due to be released soon, and I’m pretty wound up about it. I have zero expectation of being shortlisted, of course, but I wouldn’t be human if I wasn’t a bit nervous about the outcome. It’s natural to be curious and excited about it, even if you’re pretty sure it’ll have nothing to do with you. I’m looking forward to seeing who does succeed in being shortlisted, and how things work out for all those who entered. It’s wonderful to think that this one competition has resulted in hundreds of people, all over the country (and possibly the world) knuckling down and finally writing the novel they’ve always wanted to write. Just the thought of it is enough to make me feel like I’m crackling with static electricity! It’ll be great once the shortlist is announced, because I’ll be able to move on with my life – I’ll get some chapters of the WiP up on my blog, perhaps, and get some feedback on it. I’ll also start submitting it to agents and publishers, and start working on my next project. I’m anticipating all that with happy excitement, and it’s wonderful to feel that way. I don’t always feel that way, so when these moments of euphoria come around, I tend to make the most of ’em. 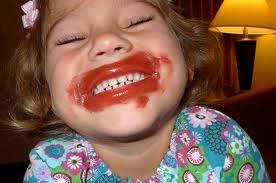 I’ve been thinking over the past day or two about my next project. I finished my edits on the WiP today (including rewriting that scene I talked about yesterday, the one between Maraika and her father – it works so much better than before!), and I’m planning to start outlining my next idea tomorrow. I’ve already described how I’ve realised the story I plan to write next would work much better as a book for younger readers (i.e. 8 years old and up) than for a Young Adult audience, and I’ve been evaluating myself as a writer ever since I had this realisation.

Several years ago, when I began work on the new project (let’s call it ‘Jeff’, for ease of reference!) I had it in mind as a Young Adult novel, just because I saw myself as an aspiring Young Adult writer. It seemed like a natural assumption. I wrote nearly 34,000 words on it before abandoning the idea, but something about it always stayed with me. I liked the characters I’d created, and I liked the narrative style I’d used, which was not only different from anything I’d ever used before, but also different from anything I’d ever read before. It’s languished on my computer ever since, but I always intended to revisit it. I read the whole thing through the other day for the first time in years, and – putting aside the awful writing – it was nice to be back in that world again. Reading it again made me see that its failure was partly a result of the fact that I was trying to shoehorn it into a genre that it wasn’t really comfortable being in. (Partly, it’s to do with my failure to plot it out fully – but that’s another blog post!) Jeff, the protagonist, is only twelve (turning thirteen) in the book – he’s barely into secondary school. He’s young. The voice I was giving him was just too old, and too knowing. He’s a funny, warm and adorable creature, but he speaks with the mind of an 19-year-old, and it just… clanged. It’s discordant. I’m looking forward to resurrecting Jeff and giving him his proper voice, and maybe his story will flow a bit easier.

Do you identify with a particular ‘genre’ of writing, if you’re a writer? Looking over my list of Works-in-Progress and fragments of ideas, I get the impression that I’m actually a writer of children’s books masquerading as a YA writer. Most of my ideas would be happier between the covers of a book aimed at 8/9 year old readers, I think, even though I love to read both types of book. I read David Walliams’ ‘The Boy in the  Dress’ the other night; it’s aimed at young readers, but I found it profoundly moving and utterly lovely. That’s a skill I’d love to have – the skill of making a story which is definitively for children, but which can touch the hearts and minds of adults, too. I think children’s and YA writing do go hand in hand, but there are significant differences between them which need to be respected; I certainly don’t think it’s impossible to write across both genres, and I hope that I’ll be able to spend the rest of my life doing just that. I feel like my mind has been opened a little wider, though, just by reading over an old Work-in-Progress, and that more room for ideas has been created inside it – but, as Terry Pratchett once warned, ‘be careful not to open your mind too much, in case your brain falls out.’ I hope I’m not in danger of that! But it does feel strange – liberating, exciting, and wonderful, too – to have a conclusion like ‘there is more than one way in which you can write!’ strike your brain.

Do you identify with a genre, as a reader or a writer? Do you think you could change? Or, am I talking total hogwash, and is all writing more or less the same? I’d love to hear from you.

3 thoughts on “What Sort of Writer Am I?”