On Saturday, I had the chance to knuckle down and focus on finishing Draft 1 of ‘Eldritch’. I’m glad to say that I managed to see it through, and I’m largely happy with how it all worked out. The final word count ended up at just over 54,000 words which – after completing the beast that was ‘Tider’ – seems so short and slight as to barely count as a book at all. I feel that ‘Eldritch’ is a delicate story, ready to fly away at the slightest wind, but that doesn’t reflect the effort and planning that’s gone into it.

I hope this is just a side-effect of having coming straight from a mind-bendingly difficult and much longer project, and not a reflection on the quality or depth of the story. If nothing else, I’m so pleased to have finally brought two stories that have been living in my brain for years to the page (even if one of them hasn’t yet worked out quite how I’d like, but I’ll whip it into shape before too long). As well as that, it’s a huge buzz to know that the ideas I had for them, so long ago, were strong enough to stand as fully-written stories. It’s one thing having an idea, and something entirely different making it work as a story – as anyone who writes will know.

I’m not used to feeling like an ‘underwriter’ – by which I don’t mean, of course, someone who works with insurance, but instead a person who takes too few words to tell a story – because I’m so used to being an overly wordy writer instead. I’m pretty sure I’ll add some words in when I come to working through Draft 2. I think I was focusing on getting the story out of my brain at the expense of describing and creating a world, so there’s a bit of room there to fill in some of the gaps. It’s a nice feeling, though, to think you have room to expand on your idea rather than having to cut some of it away. I quite like it.

I’m taking a couple of days off and going to visit my parents for a little bit of ‘shore leave’, and then I’ll dive right into the second book in the trilogy I’ve planned for our ‘Eldritch’ heroes Jeff and Joe. Its working title is ‘Omphalos’, though – as with everything – that’s subject to change. I’m planning to title the final book ‘Necromancer’, but that’s so far down the road that I’m not completely sure about it yet. It’s hard to find titles (particularly single-word titles) that encompass what the book is about without giving too much away! I’m already trying to imagine book jackets for these volumes, and thinking how I’d like them to look, one day. I hope that doesn’t come across as arrogant or delusional! I just find it easier to focus on a dream if there’s something definite to attach it to in my head. Seeing the finished book, even if it’s only in my mind’s eye, will help me bring it to completion.

I’m planning to work a bit on ‘Omphalos’ before I start to go back and edit ‘Eldritch’ (though, even as I type those words, I realise my brain is screaming at me to fix ‘just this one little thing!’ at the end of ‘Eldritch’ – I may not last that long!) I think I’ll spend the second half of this week doing up a plan for ‘Omphalos’ and working out the story arc. I mean, I know where I want the story to go and I know where I want the characters to end up, but knowing how to structure that over twenty-something chapters is a different thing.

Anyway, I guess this post is just to say ‘farewell’ for a few days, and I hope you’ll all be here waiting for my return. Will someone please make sure to have the kettle on? I’ll be dying for a cup of tea after all my travels. Oh, and make sure to keep the fire stoked up – there’s nothing that helps the stories to spin like a good warm blaze in the hearth. 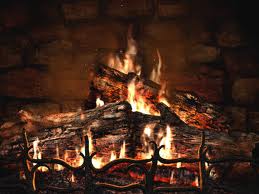