It may come as news to most people, but yesterday was ‘Twitter Silence’ day. People were encouraged not to Tweet for a 24-hour period in solidarity with the women who’ve recently been experiencing horrendous abuse at the hands of online bullies, or ‘trolls’, on Twitter and on other forms of social media. Some of this abuse has truly been stomach-turning: women have been threatened with physical and sexual assault; their home addresses and personal information have been published online; at least one woman (an eminent professor of Classics at the University of Cambridge) was told a bomb had been planted outside her house. In response to this treatment, a day of silence was proposed, in order to ‘show what Twitter would be like if trolls over-ran this place [Twitter].’ 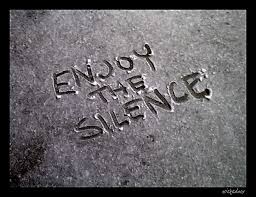 I’m not sure whether the day achieved its desired effect, or whether it will make any difference to the lives of the targeted women – or, indeed, women on social media in general. All I know is, it has certainly generated a lot of news, and a lot of comment, which is probably a good thing. For me, personally, it demonstrated how difficult it is to make a stand on an issue which will suit everyone’s point of view, and which has any hope of gaining a wide base of support. I did send one Tweet yesterday, which I’d sent before I remembered about Twitter Silence; I hadn’t specifically pledged to take part, but I did think it was a good idea. I thought I might take part by default, by just ‘observing’ rather than actually making a conscious decision not to Tweet for a particular reason. During my observation, I was surprised to see how many people felt that the idea of boycotting Twitter for a day, taking part in a ‘silencing’, was the worst possible way to make a stand against abuse and bullying online. ‘Why would we silence ourselves,’ they argued, ‘when what these bullies want to do is silence us?’ As many women as took part in Twitter Silence also took part in ‘No Silence’, whereupon they went about their normal business on Twitter and made no attempt to curb their normal usage of the site.

I can see their point of view, too.

I think there’s a huge difference in ‘being silenced’, and ‘choosing to remain silent,’ though. I thought the idea behind ‘Twitter Silence’ was a good one, a principled and dignified stand against a tide of hatred that shouldn’t even be a part of public discourse in a civilised society. The women taking part weren’t ‘being’ silenced against their will; they were choosing to remove themselves from a forum for discussion where they felt their voices were being crowded out and ignored, and where their contributions were seen as meaningless merely because they are women. So, I had no problem with the idea of Twitter Silence itself – passive and peaceful resistance can often be a very effective way of getting your point across – but I respect the choices made on both sides, either to take part or not take part.

But the question remains: Why does this sort of thing even go on in the first place?

It terrifies me that women in the public eye can expect such vicious threats and disgusting attacks on their personal appearance, their safety and that of their families, simply by existing, and having the temerity to hold and express opinions. It terrifies me, too, that people feel they can treat one another so viciously on the internet, when – perhaps – they wouldn’t be quite so vitriolic if placed in a face-to-face situation. What makes communicating with someone on the web so different from having a telephone conversation, or a discussion in person? Why is it so easy for us to forget that the people with whom we communicate on the internet are people, plain and simple, deserving of respect and consideration? Could it possibly be because (and this is the truly horrifying thing about all this) treating others with respect and consideration is now passé, something which isn’t done any longer in this new world of ours?

I think the bullying mindset – I refuse to use the word ‘troll’, as some online bullies do, almost like it’s a badge of honour or something to be aspired to – has always been there. If a person who is inclined toward hatefulness thinks they can get away with harassment and bullying because they’re doing it anonymously, chances are high that’s exactly what they’ll do. ‘Poison-pen’ letters are nothing new! Sometimes, though, it amazes me how short-sighted people can be, or how completely incapable of seeing another person’s point of view they can be. I, personally, don’t see the point in engaging in behaviour designed to destroy another person, to intimidate or upset them, purely because you don’t agree with what they have to say or you don’t believe they should have a voice because they are female/differently abled/of a certain ethnicity or sexuality/any other completely meaningless distinction. I do see the point in engaging in protests designed to make political points, draw attention to important issues, and effect change, and I believe the internet can be the best tool we have to achieve aims like this, but I just wish it could be done in a spirit of mutual respect.

If we turn the greatest invention of the modern age into a place where all we do is spit hate at one another behind a veil of anonymity, what does that say about us? And how unutterably sad would that be?

Welcome to a new week. Let’s hope it’s the start of a new era, too.