This week’s words were: 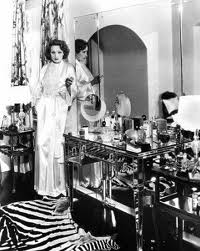 They’d talked until dawn set fire to the horizon.

Much later, he woke to a gentle hsss. It took him several minutes to understand that he was listening to the dregs of their forgotten champagne, bubbling their last. He threw the fizzy liquid back, its slightly sour note wrinkling his palate.

Her skin, like a fresh snowfall. Her lips, red as death.

‘Let’s open a window,’ he’d suggested, but she’d just widened those famous eyes. Her fingers, heavy with jewels, had pulled her robe tighter around her neck.

He’d dropped his hand from the window latch, then, and heaved a sigh, stirring up the dust particles in this claustrophobic, unwashed room.

‘Come and sit by me, darling,’ she’d said, with a smile, seeing his frustration. ‘Let’s talk about the good old days.’

‘The days of getting paid peanuts and being worked like a horse, you mean?’ He’d laughed joylessly and slid into the hollow of her body. She’d settled around him like a cat, curling herself into his warmth.

He’d let his hand fall to stroke her narrow back, realising as he did so that he could trace each one of her bones. She was like a puzzle, badly made. His hand had stilled.

‘Fun? I suppose,’ he’d murmured. Perhaps, if you were the star.

‘They loved me then, didn’t they?’ she’d asked, tilting her head back. He’d felt her breath on his face as she spoke, warm and sickly, like a spore-filled breeze. In his mind, she’d started seeding and taking root in him, all over him, and his bile had risen.

‘You’re every bit as lovely now as you’ve ever been,’ he’d told her, trying to smile. Her frown had deepened at his words, and her lips had thinned. He felt like he’d said the wrong thing, but he didn’t know what.

Her eyes, like sloe berries. Her hair, bright as life.

He looked around, searching. He called her name, softly and then with more force. He stumbled upright, scanning the detritus of the night they’d spent together; she was not on the bed, nor on the couch. She was not singing in the kitchen.

It took him several long moments to think of checking the marble- and gold-fitted bathroom, but when he did, he marvelled, for a moment, at how neat she looked. Then, he heaved up his champagne, his ears still hissing, his brain strangled.

He gasped for breath, already seeing tomorrow’s headlines in his mind. They’d likely call it ‘the end of an era’, ‘the death of a goddess.’

Gently, he lifted her to the bed, settling her robe decently around her. He rouged her face and combed her hair, and while the police were on their way he cleaned out the tub.

As the first bulb flashed, he thought her pale, tired face bore the faint trace of a smile.