There’s a possible TMI warning on this morning’s blog post. If you can’t handle reading (not very graphic) details of a (not very gross) minor medical condition, then I’d recommend you return to munching down your cereal and slurping your coffee, and catch me tomorrow instead.

Are you going? You’d better go now, because I’m about to start. 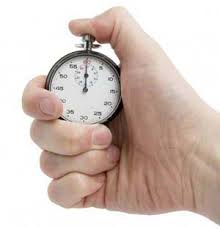 Okay. So, I may not have mentioned before that I have dermatitis on my palms. Sometimes, it doesn’t bother me at all, and my hands are as smooth as the proverbial baby’s behind, and all that; other times, though, like now, it erupts into red hell and itches so badly that it feels like I’ve minced up a few Carolina Reapers and rubbed ’em into my skin. It can take me totally by surprise, too – yesterday evening, my hands were a little itchy, but I thought nothing of it. However, I woke up this morning and I’d turned into a crab-clawed witch, and so, it was out with the steroid cream and in with the self-pity and whimpering. Several years ago it got so bad that I had to take sick leave from the job I was working in at the time because I pretty much couldn’t use my hands for about a week, and that, my friends, was not fun. I am nowhere near as bad as that at the moment, of course, but every time I get a flare-up, I think of it.

I’m not really sure what causes it. I’m told it was originally an allergic reaction (but I don’t know to what), and it seems to flare when I’m stressed. It’s an indicator of stress that I might not even be consciously aware I’m feeling, actually – everything seems okay this morning, but my hands are burning so I can assume something’s going on somewhere inside me. As well as being monumentally irritating, though, it also makes things like typing quite difficult, which is handy (no pun intended) when typing is all you do, all day every day. I feel a bit like fat-fingered Homer. 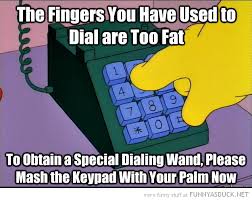 It’s easy to take your health for granted, and to just assume you’ll be well – physically, mentally, spiritually – when you wake up every morning to start your day. Sometimes, though, it’s not as straightforward as that. I’m not even talking about myself, here – I mean that in a general sense. I’m not suggesting a bit of dermatitis is equivalent to a proper medical condition, or anything like it. My hands aren’t painful this morning, really (there have been times when they’ve literally looked like stigmata, bleeding and raw, which is terrible), but the itch is such a distraction that it is making concentration difficult. It’s sort of cruel, because I spent all weekend keeping far, far away from ‘Tider’, and even trying not to think about it; as a result my brain is bubbling with ideas this morning about how to solve the problems I’ve been running into. It’s also bubbling with the urge to tear the skin off my palms, though, so there’s a definite conflict of interest there.

Rawr! I am dermatitis. Feel my sting!
Image: en.wikipedia.org

So, today will mostly be spent feeling itchy and resisting the urge to scratch, and (doing my best attempt at) rewriting the end of ‘Tider’ in accordance with a flash of inspiration that occurred to me as I was going to sleep last night. My new plan for the book’s conclusion solves a huge plot wrinkle that I’d been trying to work around, will be significantly shorter and (hopefully) a lot more interesting.

I’m also a lot more enthusiastic about it this morning than I was on Friday, so that’s good.

Right, that’s it. I can’t resist the temptation to dunk my hands in ice-water any longer, so I’ll leave it there for now. Have a good day. It’s Monday, don’t forget, so please do be kind to yourself. See you tomorrow, when – with any luck – my hands will be healed and calm and not driving me round the bend.