So, I’m reading a book at the moment – you know, in between sending out submissions, trying to write an actual book of my own, attempting to lay the foundations of a future business model and not (repeat: *not*) sliding down the helter-skelter of All The Crazy – and, as I came to the end of Chapter 5, something struck me like a haddock across the back of the head.

I am a really boring person.

Okay, so the author of the book I’m reading is vastly younger than I am. Her author bio at the start of the book lists the year she was born – a year I remember well, because I spent most of it covered in glitter and scrunchies, singing along to Cyndi Lauper and falling out of trees. I had years of living under my belt by then, during which time I could’ve been doing stuff like starting research toward my first Nobel Prize or being a child prodigy at something besides jumping in cowpats or, even, stowing away on board a ship to see the world. Instead, I was reading everything I could get my hands on, exploring rockpools at every given opportunity and actively avoiding having my hair washed for as long as I could get away with.

To make matters worse, this author person is an elected fellow of an Oxford college. Already. At her exceptionally young age.

But, the nadir of it all is that the book I’m reading is not her début, and she is – and I quote: ‘currently working on her doctorate alongside an adult novel.’

Right, so I did a doctorate. That’s not a secret. And, it therefore follows that I know how darn complicated it is to write one. I didn’t do mine at Oxford, either – doing anything at Oxford is bound to be fifty-squillion-kazillion times more difficult than it would be anywhere else, because Standards, don’tcha know.

And this person’s doing all that – as well as writing an adult novel and as well as publishing two children’s novels? Oh, and did I mention she grew up – in Africa? 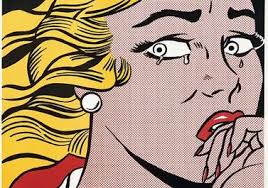 What have I been doing with my life?

I have always lived in one country, and it’s a rather small and squishy one, at that. I haven’t travelled much. I’ve experienced the whole gamut of human emotion, sure, but then you can say the same of anyone. Well, anyone who isn’t a sociopath, at least. I am an ordinary girl in an ordinary corner of the world.

But do you think a person can be too ordinary to be a writer?

Does it follow that a person who grew up in the savannahs of Africa, or the steppes of Mongolia, or the frozen wastes of Siberia, or in the hissing eternity of a desert is going to have a wider imaginative base to draw upon than a person who grew up in a tiny terraced house on a nineteenth-century street in a small Irish country town? A person with the self-confidence, talent and gumption to have published two books by their early- to mid-twenties, alongside doing a doctorate at Oxford, is going to be a more interesting person than one who worked in a succession of dead-end jobs before her health started to fail, and who then took a crazy chance on following a dream, surely. A person who has travelled is, don’t you agree, necessarily going to be better placed at writing imaginatively than a person whose only real engagement with the world has been through reading about far-flung places?

Then, I have felt the Adriatic breeze on my face from the walls of the old town of Dubrovnik; I have heard the Liberty Bell ring out across the city of Valletta. I have seen the sunlight sparkling on the river Leie as I walked through the beautiful city of Ghent. I have watched the Eiffel Tower lit up with spotlights from the smallest hotel room in Paris, and I’ve seen the Mona Lisa. I’ve done more than some, this is true.

But I still feel inadequate, or somehow unequal, in comparison to a person whose life experiences are so richly different from mine.

However, maybe it’s also important to remember that there’s no restriction on imagination. So, I’ve never lived in Africa, and I have never seen most of the places I dream about. I’ve never been to Scandinavia. I’ve never seen the Northern Lights. I’ve never been to Rome. But that doesn’t mean I can’t dream about all these things, and create them in my mind. Perhaps it’s not so much what you’ve done in the time you’ve had, but what sort of thinker you are – one who looks out towards the rest of creation and embraces it with an open heart, or one who locks themselves away in a fit of pique, refusing to open their eyes. One who is too involved with themselves to see the wonder of others.

I’d like to think I am definitely the former. 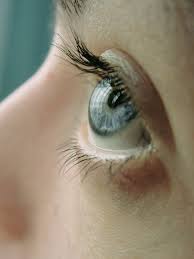 My small, plain life might not stack up against that of the author of my current book-crush. She has, it’s true, lived more in her years than I have in mine. But that doesn’t mean that my story is invalid just because she has chosen to tell hers; it doesn’t mean that my dreams have to take a back seat to anyone else’s. Our experiences shape our minds and the breadth of what we can imagine, but it’s what we choose to do with what we have that counts.

So, I choose to let this story inspire me – not only the book itself, but also the lesson I’ve learned from the life of its author – and I choose to respect the experiences I’ve had, be they ever so humble, because they are my unique gift to the world.

And the same goes for all of us.

8 thoughts on “Writer, Plain and Small”