In my rambles around the internet this week, this article caught my eye. For the unclickables among you, it sets out the case for bad relationships during a girl’s teen years being more than just upsetting, and sad, and heartbreaking, but also the cause of much mental distress and – even – ill-health. Teenage girls can, apparently, define too much of themselves and invest an excessive amount of their self-worth in their relationships with others, particularly their romantic entanglements with boys, and when these relationships end it can shatter these fragile constructions of identity.

The article goes on to discuss how girls and women (I think the author’s focus was America, but we can use it as a general base for discussion) are encouraged to think of themselves in relation to others, as caregivers or supporters or ‘good’ people who make life easier for those around them; decorative creatures who bring beauty and light to the lives of their loved ones simply by existing. Sex and sexuality education place undue pressure on girls – as both gatekeepers and providers of others’ pleasure, they must operate in an impossible situation. Now, I’m not saying I entirely agree with the viewpoints put forth in this article, but I think it’s interesting nonetheless. The author makes mention of cultural factors in her discussion – the hysteria surrounding weddings, for instance, and the pressure on women to have a ‘perfect’ day and to look like a ‘princess’ – but one thing she doesn’t mention, which is something I think is important when we’re discussing teenage girls and fraught romance, is the trope of the ‘perfect’ boyfriend in YA literature.

Shailene Woodley as Hazel Grace Lancaster and Ansel Adams as Augustus (Gus) Waters in the promotional poster for the movie version of John Green’s novel ‘The Fault in Our Stars.’
Image: twitter.com

Movies, I think, have a lot to answer for – they’re the crucible of the perfect Hollywood romance of young girls’ dreams – but increasingly, too, YA novels (and, of course, their movie adaptations) mean that young female readers have more and more opportunity to lose their hearts to beautiful, flawless and – importantly – fictional men. A bit of romantic escapism is wonderful, of course; a little fantasy of how wonderful it would be to have someone love you the way Gus loves Hazel Grace, or Peeta loves Katniss – but when you start to bring those expectations into your real life, a phenomenon I’m pretty sure is not unknown to the teenage (and, sometimes, not so teenage) readers of these books, problems can arise.

For boys and men can’t live up to the standards of fictional heroes. Girls embarking upon tentative, tender relationships for the first time perhaps expect their partners to speak to them in the measured tones and poetic cadences of a John Green hero, or to be as strong, and yet supportive of their right to be themselves, as Four is to Tris or Po is to Katsa. I’m sure plenty of teenage readers understand that these characters are just that – characters – and are not supposed to reflect the reality of relationships, but perhaps there are some who find it harder to draw the demarcation line. As I was growing up, the only books we had to read about kids our own age were the ‘Babysitters’ Club’-types, the ‘Sweet Valley High’ sort of books which were, at their heart, more about girls than boys; I didn’t have an Augustus Waters to lose my heart to as a teen. My crushes were all movie-based, and that made it easier to exit the cinema, sighing, knowing that I was leaving behind the fiction and stepping back out into reality. I didn’t go home expecting Jack Dawson to come knocking on my front door with a glint in his eye – though it would have been amazing if he had. 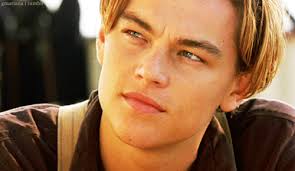 Books are different. Books get into your heart in a way that movies don’t, I think. And the books that young people are reading these days are chock-full of the sorts of characters that grab the heart and mind, sweep the reader away into a fantastic world where male love interests are both strong and sympathetic, desirable and ‘safe’, utterly in love with the heroine and yet utterly respectful of her agency and boundaries. In so many ways, this is a great thing – girls are being given examples of the sorts of relationships which are healthy, and which will bring them satisfaction, and which they can strive for – but in another, it can be a drawback. They can start looking for this sort of mature relationship with boys who are not ready or able to give it to them (and for which they’re probably not ready themselves, if they were being honest), and when a boy acts like himself – goofy, and irresponsible, and interested in things besides his girlfriend, and fun-loving, and carefree, all things which are natural to him and which he should be doing at this stage of his life – his girlfriend can feel disappointed and disillusioned. Also, if girls’ expectations are raised, pressure is placed upon boys to conform, and that’s not a good thing either.

Writers of YA books have great power. The kidlit and YA market is a massive player in publishing, and fans read these books with utter devotion. But, of course, this great power has to bear responsibility for the mind-worlds it creates.

Perhaps – as I do with many things – I am overthinking this whole scenario. However, I do feel that the cultural landscape in which today’s teens are growing up and forming their ideas about love and relationships is entirely different to the one in which I formed mine; the Mr Darcy of ‘Pride and Prejudice’, whom I loved with my whole heart as a teenager, pales beside a modern literary hero. The ease with which I shifted between the fictional and actual worlds is perhaps unknown to teenagers today, who are surrounded by screens and .gifs and Tumblr and Twitter and Facebook and fan pages and discussion boards and goodness knows what else, all fuelling their dreams of romantic perfection. As I said, there’s nothing wrong with a bit of romantic escapism, and dreaming of the ‘perfect’ love which will one day be yours is something everyone does as a teenager, whether they read or not.

I wish I’d known all this when I was a kid. I wish today’s kids knew it, too.