There’s a reason I’m choosing to review Diana Wynne Jones’ Howl’s Moving Castle on this particular day. It has nothing to do with a new release, or a new edition, or anything like that – this book was first published in the mid 1980s, and it has since been made into an animé and all manner of fan-art and such – but because I’m meeting someone very important later who admitted to me a few weeks ago that they had never read it. 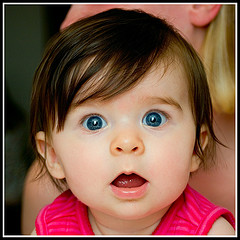 They’ve never read the story of Howell Jenkins Pendragon, and of the young-old Sophie, and her body-swapping sisters Lettie and Martha, and the seven-league boots, and the Witch of the Waste?

But in the meantime, I’m writing a review in order to whet this person’s appetite to finally read this masterpiece of children’s literature (I’m sure you’ve all read it, of course, so you’ll just have to bear with me. Can you stand it?)

Diana Wynne Jones’ work falls into a couple of camps, for me. I either love her books with a shattering passion, pressing them into the hands of passersby, weeping about them in my private moments, and all that sort of fangirl-y stuff, or I’m left going ‘meh’. The Chrestomanci series, about the wizards of Caprona, for instance, delights most people but leaves me utterly unmoved. Eight Days of Luke is a book I thought I’d love, given that its central character is – whoops! I nearly gave it away! – but I didn’t think much of it. I read The Merlin Conspiracy recently and enjoyed the story, but holy heck it dragged on far too long and didn’t need all the pages upon pages of exposition and description.

Then there are books like Enchanted Glass, and Fire and Hemlock, and A Tale of Time City, and The Power of Three, and Howl’s Moving Castle. These are the books I dream about. These are the types of books I aspire to create. These books are, for me, examples of masterful literature which just happens to be written for young readers. It’s funny how an author I love so much divides me so completely, but there you have it.

Howl’s Moving Castle is the story of Sophie Hatter and her sisters Lettie (the pretty one, in the middle, destined never to amount to much) and Martha (the youngest, destined for an easy life and a good marriage). Sophie, as the eldest, knows she is destined for a hard-scrabble life where she must set forth and try to make her fortune. The girls and their parents live in the land of Ingary, you see, where magic is real and fairytales are a way of life, and these roles for the sisters seem entirely natural. When their father dies, the girls are apprenticed – Sophie stays at home and learns to be a milliner, Lettie is sent to the local pastry shop, and Martha to a witch to learn her trade. They all do well; Sophie begins, gently, to weave spells into the hats she makes, and Martha and Lettie discover how a little magic can go a long way.

And then the wizard Howl, in his tall black castle which never stays still, comes to town.

Howl is reputed to eat the hearts of young girls, and his power is said to be vast. His castle is as frightening as he, even though nobody seems to know what he looks like or who he is. While he is in town, Sophie meets with the Witch of the Waste, who has taken umbrage at Sophie’s attempts to work magic, and she is placed under a spell which changes her appearance utterly – and part of the spell is that she can’t tell anyone she’s under it. In desperation, she sets out to try to seek her fortune and find a solution to her problem and – of course – she encounters Howl’s castle. Because the spell has changed Sophie into a 90-year-old woman, she looks up at this place, which had frightened her so much as a younger woman, and thinks ‘Heck. What’s the worst this whipper-snapper can do to me?’ and decides to go up and let herself in. Plus, she figures Howl is the only person she knows of whose magic is equal to the Witch of the Waste’s, and maybe he can set her right once again.

Thus begins an adventure which is so charming, so clever, and so downright funny that I can’t recommend it highly enough. Like all DWJ books the plot gets a bit twisty and you need to keep your head straight to figure everything out (she’s the queen of making tiny references to stuff early in a story which turn out to be massively significant at the end, and if you’re anything like me you’ll be flicking back and forth here to check you’ve got the right end of the stick!), but I just love this book. I love Howl and Sophie, and I love how Sophie’s perspective on the world changes when the spell makes her old, and I love her bravery and resourcefulness and determination. I adore Howl, too. DWJ once gave an interview in which she said girls all over the world had contacted her after this book was published wondering if they could marry Howl, which will tell you all you need to know about him. It’s a brilliant book, definitely one of my favourites, and if you haven’t read it (not looking at anyone in particular…) then sort it out, sharpish.