I am frightened by the Devil,
And I’m drawn to those ones that ain’t afraid… 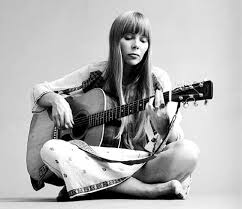 Joni Mitchell is a huge hero of mine. I’ve been in love with her music for as long as I’ve had ears (so, quite a long time now), and the lyric above – from ‘A Case of You’, on the majestic album ‘Blue’ – is probably my favourite of her songs. I’m not sure, exactly, why I love this particular set of lines so much; perhaps it’s because it says, to me, that being afraid is perfectly all right – so long as you don’t lose your curiosity, too. It’s natural to be scared of some things, but shutting your mind off from those things forever, without admitting even a thought which relates to them, is bad news.

That’s the thing with song lyrics, I guess. They mean different things to different people.

I’m a fearful type, by nature. Anxious, a worrywart, ‘worst-case-scenario’. If I were a fairytale character, I’d be Chicken Little.

I’m afraid of lots of things, some of them rational and some of them (all right, most of them) not. I’m a quietly controlled hypochondriac. I have a lot of sympathy for the guys who stand on street corners wearing ‘The End is Nigh!’ sandwich boards. I’ve often wondered if it comes from my interest in the Middle Ages – those guys lived, teetering, on the edge of instant annihilation for centuries, too. They were convinced, with every passing generation, that this would be the one. This would be the era in which Christ would come again and perform the final Judgement. Millenarianism was de rigueur.

But perhaps that was hope, more than fear. I think there was a bit of both mixed up in there. And maybe that’s a defining characteristic of fear – a tiny, tiny shard of desire mixed into the terror makes it all the more terrifying.

I’m thinking about all this because a close family member is jetting off in a few days to spend several months abroad. While there she plans to gain a qualification in something she hopes will lead to an exciting career, and I’m sure she’ll be successful. As well as that, no doubt she’ll have adventures and experiences which will leave long-lasting memories, and she will do things that I would not do, and things that I could not do, because I would be far too afraid to even try.

But there’s a little spark, deep inside me, which wishes I could just get over myself for long enough to give it a go. A tiny spark, now. Barely there at all, really. But there, all the same.

This woman – the adventurer – has already had a year abroad in which she did death-defying things, with every indication that she was having the time of her life. Fear didn’t seem to come into it, for her. It was all about the exhilaration, the joy, the celebration of what her body was capable of. I have cousins who, when they were children, were like chalk and cheese when it came to facing their fears. One of them would throw herself at any challenge, totally uncaring of how much she could hurt herself if it all went wrong, and another who was stiff and awkward and afraid. The second child would give everything a try, as far as she was able, but would end up causing herself an injury because her fear would get in her way. The first child was lithe and fluid and free – due to her fearlessness, as well as a natural athleticism – and never suffered any physical damage from her exploits.

I think the second child, the fearful one, took after me. Perhaps it’s no surprise that we are both oldest children, and statistically likely to be more cautious and less adventurous than the siblings who come after us.

There are different types of fear, for sure. I have faced plenty of my own personal fears – public speaking, standing up for things I believed in even when I was sure it would spell disaster for me, tackling academic challenges that I felt sure were beyond me – and I came through them all reasonably unscathed. It’s when it comes to physical things, like sport or heights or speed, that my terror overwhelms any desire I might have to take part. Things that would horrify other people are no bother to me, and things that others would do without a second thought are so far beyond my level of ability that I can’t even imagine doing them. I have a friend who lives right by a massive motorway junction just outside Dublin, and she drives around it with carefree abandon – and she always did so, even when she was new to the area. She doesn’t drive dangerously – in fact, she drives far more safely due to the fact that this particular snarled-up collection of high-speed traffic lanes doesn’t make her blood run cold, as it would mine – and she has never come even close to having an accident, thank goodness. If I had to do that drive, I’d cause a multi-car pileup within five seconds, and I know it.

But I’d love to be able to do what she does. I admire her for it. I just know I never will.

Perhaps the world needs all types of fearlessness, both the risk-taking type and the emotional type. I have lived long enough to know who I am, and to be aware that I have limitations, and to give myself a break when it comes to respecting those limitations. I have the desire to be an adventurer, but the flesh is weak.

But I can write about those who are fearless, and use my own tiny sparks of curiosity – my own sense of ‘being drawn to those ones that ain’t afraid’ – to fill in the blanks when it comes to creating characters who aren’t fearful of heights, or the dark, or of throwing off the shackles of the everyday and setting off on an adventure across the world with no real plan of how to get home.

Perhaps my own fearfulness will lead me to create better characters, even. Let’s hope so, at least. It has to be good for something – right?

I have a question.

As I’ve said before, I love Young Adult books, and also stories written for children. These are the kinds of books I primarily read, and I’d like to think I’m fairly familiar with these genres. In most of the Young Adult books I’ve read recently, though, I’ve noticed a huge focus on complicated love and sexual relationships between characters, and a tendency to make those relationships a central part of the plot. In fact, sometimes these relationships are the plot! I wonder whether I’m behind the times a little in my taste, because those sort of relationships aren’t necessarily something I always look for in books that I would consider ‘Young Adult’. I wonder, too, if that’s because I tend to favour fantasy/SF type books, as opposed to contemporary Young Adult fiction – sometimes I think contemporary Young Adult stories have more of a focus on issues such as sexuality and love, which I suppose makes sense.

Before anyone thinks I’m a prude, I have to make it clear that I don’t think there’s anything wrong with books aimed at young adults dealing with complicated emotions and physical relationships. These themes are extremely important to young readers, and of course the literature should reflect this. Stories dealing with the complexities of love and relationships can be very affecting, emotional and beautiful, and if these issues are important to the characters in a story, then of course they should be included and dealt with. But if a book is written with teenage characters which doesn’t place sexual relationships, or an emotional, conflicted or complex love story, at the heart of the plot, I’m beginning to wonder if it should bear the label ‘Young Adult fiction’ at all. There’s been a lot of talk recently in publishing and writing circles about a new genre called ‘New Adult’, the definition of which I’m a little hazy on. It seems to be a genre encompassing books which are (broadly) about people in their late teens and early twenties, navigating sexual relationships and adult problems (like bills, careers, living away from their parents, and so on) – a sort of stepping stone between Young Adult and general fiction aimed at adults, perhaps. I wonder where the defining line between Young Adult and New Adult lies, and how a story is classified as being one or the other.

I’ve just finished reading a book which is amazingly well written, beautifully plotted, and fantastically enjoyable, but its protagonist is a 17-year-old girl who has had at least one significant relationship in the past, and who, during the course of the book, realises she has a strong physical attraction to an older male character who, for various reasons, she cannot be with. Her sexuality is one of her most important characteristics, and her desire to build a life and a future with the male character is one of the driving forces behind the book. She also feels the need to free her family from a terrible burden, but her connection to the man seems just as important to her, and her feelings for him certainly drive most of the story. The book I’m working on has a 16-year-old protagonist, so she’s only one year younger than the protagonist in the book I’ve just read, but the two stories couldn’t be farther apart in terms of the way the young female protagonists think about themselves, their bodies, feelings and desires. The book I’m working on is one I’d consider to be Young Adult, and the one I’ve read is also Young Adult. However, they are very different indeed. So different, in fact, that I wonder if they should belong to the same genre at all.

I suppose my question is this: if you’re a reader of Young Adult fiction, do you expect to find issues relating to sex and sexuality in the story? If the book lacks these things, do you feel it should more rightly be called a children’s book? Maybe this isn’t even worth worrying about, as I’m going to write the stories I want to write, and I’m going to let the character’s development dictate whether their sexuality should be an important part of their portrayal, but I’m just curious.

I’ve never really been a big fan of romance novels, and I don’t have a huge interest in writing romantic stories. I’m more about the adventure! So, if the genre I love is changing to accommodate more romance and a greater focus on love, I think I’ll be a little bit sad about it. Or, perhaps it’s an indicator that I need to read more widely in the genre – I’m sure this tendency doesn’t apply to every single Young Adult book being published at the moment.

And maybe it’s an indicator that I need to ‘get with the program’, as the young folk say these days!

Anyone have any opinions about genre, genre expectations, and the divisions between children’s, Young Adult, New Adult, and general adult fiction books? I’d love to hear ’em. 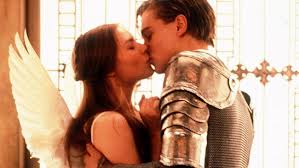