Do you think there’s an actual point at which you just can’t take any more bad news?

I’m a bit of a news junkie. I like to know what’s happening in the world. Most mornings, the first thing I do is turn on the radio to get the early news bulletin so that I can get some idea of the shape of the day. Lately, though, all that’s been happening is one horror after another, culminating this week in one of the saddest news stories I’ve ever heard in my country, a story which will stay at the forefront of my mind for a long time to come. I’m just not sure I can take any more news which breaks me open like a sledgehammer to the chest, and I wonder if I should just stop taking it all in, for a while at least.

I know, before anyone suggests it, that I have a cheek to write a blog post like this when none of these dreadful news stories are about me directly and they have no personal impact on my life – and believe me, I’m aware of how lucky I am – but as a human being who is engaged with the world and who has empathy for her fellows, it does affect me. I have wept painful tears this week at the needless loss of life, the horrors perpetrated on children by their parents, the dreadful sorrow of those left behind after an accident, the waste of humanity that occurs whenever power structures begin to rumble into place and governments rise or fall; I’ve wept because it’s always the powerless, the average person, the individual like me, who is crushed beneath the wheels of change or between the teeth of revolution.

I am a person with a limited set of skills. I can’t change the world through politics or diplomacy, or with money or influence; all I can do is put words together into sentences, and hope they’re good enough to read. But if everyone did what they could – in fact, if everyone was permitted to do whatever they could, however humble – to add their thread to the picture, then I think we’d be in a much better position. However, because there are so many in the world who are not allowed to add their voice to the collective melody, it’s even more important that all of us who can do something actually do it. I am a privileged person – free, healthy, and protected – and I owe it to those who possess none of these gifts to do whatever is in my power to make the world better for those who will come after us.

I may never be a successful writer, but I hope I’m a successful human being. That, after all, is the most important thing any of us can do.

I hope everything in your corner of the world today is good, and peaceful, and happy, and I also hope that tomorrow, I’ll be in a more positive frame of mind. 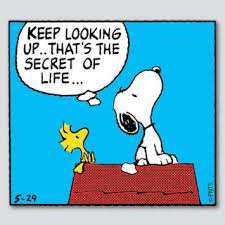 Yesterday was a sort of ‘mixed fortunes’ type of day. Some good stuff happened, and some – well, not exactly bad, because that would be overstating the case, but perhaps we can settle on ‘not so good’ – stuff happened, too.

So, a more or less normal day, then.

The good stuff included such highlights as waking up alive, husband waking up alive, the sun shining, my brain working, and gaining my shiny second publication in under a week – my flash fiction, ‘Reunion’, appeared in Issue 22 of The Bohemyth Magazine. (If you missed the link to it, it’s at the end of yesterday’s post, or under the new ‘My Writing’ tab on the blog’s homepage.) Another twisty and dark story about death and messed-up families, I’m at a loss to explain where it came from, too. Suffice to say that my brain normally works in pink and fluffy terms, so there logically must come a time when it needs to venture down the rarely-trod path of evil. You know, for balance.

On the other hand, I learned yesterday that I was not shortlisted for a writing competition I’d entered. I was proud of and pleased with the story I’d written, and I thought I’d handled the brief reasonably well. However, I’d also sent an author photograph with my submission, and it – to be fair – was pretty gruesome. I’ve since found another one where I don’t look quite so much like a Vogon overlord, so let’s hope I’ll improve my chances of being selected now. (I’m joking, of course. Not about the photo looking like a Vogon overlord, but about how choosing a better photo might improve my chances. Of course, it’s all about the writing, and this time I didn’t measure up. No big deal.) 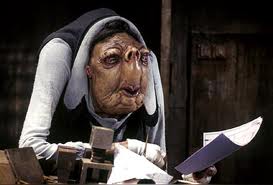 Lest the word ‘Vogon’ mean nothing to you, I’ve helpfully included this illustrative illustration. Behold!
Image: lebaum.blogspot.com

Perhaps a little more upsettingly, I also came to the realisation yesterday that an idea I’d been working on, and a WiP I’d written nearly 40,000 words on, will now have to be scrapped. (Don’t worry, though – the WiP I’m talking about is not ‘Tider’, nor ‘Eldritch’, nor any of my most recent novel ideas, which is a blessing.) You remember how I spoke about buying books recently, and how much I was enjoying reading them? Well, this is still true, but the book I’m currently reading is also causing me a bit of pain. I’ve been meaning to read this book for a long time, ever since I first read a synopsis of its plot somewhere online, but I was putting it off because I knew it sounded similar to an idea I’d had several years back. This sometimes does happen, and you feel that your world is ending because someone has written the book you wanted to write before you had a chance to – but then you actually read the book, and it’s not so bad. Life carries on, and you keep working on your WiP, and there’s space in the world for both stories.

This is not one of those times.

Despite the fact that the author has created an entirely different sort of society to the one I wrote about, and her characters are all different, the core concept of the world and the way it functions is exactly the same as the idea I’d been working on. So much so, in fact, that the same terminology and descriptions are used, along with the same images and explanations I’d come up with to convey the ‘reality’ of the fictive world. It’s almost weird to see the word I thought I’d created, used by the characters to describe their world, appearing in print before my eyes, yet not in a book written by me. I have pride in my little idea – clearly, its essence was good enough to make a book out of – but I know my own work wasn’t a fraction as strong as the work in the book I’m reading. In a way, that makes it easier to take. I couldn’t have done as good a job as this author has done, and she has done greater justice to our shared idea than I would have. So, it’s hard for me but better for the world of books and stories that it has worked out this way.

There are differences in our stories, too, so there may yet be something I can salvage from my own work. It’s not a total lost cause yet.

Anyway. To end on a high, the most incredible beams of sunshine are bursting through my windows, the sky outside is so blue it would put the Riviera to shame (we can ignore the fact that the wind is cold enough to skin you, because luckily I’m inside with the heating on), and I’m going to a Christening ceremony tomorrow for a friend’s new and beautiful baby girl, so that will be wonderful.