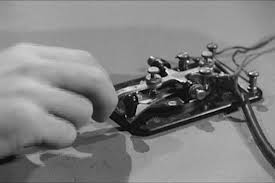 Good morning, listeners! In today’s show, we’ll have old favourites like the Flash! Friday flash fiction contest, and a slight frisson of the loopiness that usually marks our Friday, but there’s also a teeny bit of news.

Well, all right then! Here we go. Hold onto your neighbour, everybody, because…

Yesterday, I managed to finish draft 1 of ‘Emmeline and the Ice-God’!

Yes, yes, thank you. Thank you so much!

Yeah, yeah, all right. So I’ll quit it with the playacting now. But – in all genuine seriousness – I am very, very glad to be the proud owner of a completed manuscript of the story of Emmeline this fine morning. It’s slightly awkward that I managed to finish it on the same day as I blogged about how it seemed to be going on… and on… and on, but I just got overtaken by a spirit of urgency yesterday, and I worked right through, all day long. I wrote over 6,000 words, and I brought that story to heel.

This means my brain’s slightly fried today, of course. I’m quite sure nobody will even notice, though.

I’m almost afraid to share the final wordcount, lest I cause some of you to have nervous and/or bilious attacks, but I guess I’ll take that chance. It came in, all told, at 93,500-something words – which, before you start pointing it out – I know is far too long. My brain’s been abuzz with ideas for pruning the beast ever since I placed the final full stop, and I’m pretty sure there’s an entire chapter near the beginning that can be entirely cut out. I’m pretty sure I can bring it down to around 80,000, or as close as possible to that figure. Like every first draft, there’s plenty of excess to trim.

Even though writing ‘Emmeline’ was no picnic, particularly in the last few weeks, I am so glad I did it. I’m glad I got a burst of inspiration that day in late October, and that a little girl with a know-it-all nose and a shock of curly hair decided to stroll into my head and demand that her story be told. I’m glad I got to accompany her on the adventure of a lifetime, and that I got to meet her friend Thing, who – if I’m being honest – I want to adopt as my very own. I’m sure if I’d gone with the idea I was supposed to use for my NaNoWriMo project, that it would have worked, too – but it probably wouldn’t have been as much of an exhilarating joyride.

I’m also very glad that I can say the following sentence: ‘In the last year – since January 2013, when I put aside ‘Tider’ Mark I forever – I have written three books.’ Three.

There’s a lifetime’s dream fulfilled, right there. Even if no other eye roams across a word I put on paper, I know that I have written, and that’s good enough for me. That’s not to say I won’t fight tooth and nail to have ‘Emmeline’ published, by hook or by crook, but that’s a fight for another day. My first job is to make the story as good as it can possibly be, and I’ll worry about the rest of it later.

And now – on to our other Friday feature. I’ve been getting into the habit of posting my entry for the Flash! Friday contest here on my own blog, for a few reasons: one, because I’d like to get some feedback on my flash fiction, and two, because it forces me to get my act together and produce a piece of writing. So, today’s no exception.

This week’s prompt image was as follows:

We had to include a tiger, or a turtle – not just the word, this week, but the actual thing itself.

‘You’ll know ‘im by the tiger on ‘is jacket,’ Jez had said. ‘Idiot’s never without it.’ So I’d followed the flash of gold all the way up to the Whirligig, the tiger’s jewelled eyes starin’ me down with every step.

He jogged up to the viewing platform, me a shadow in his wake. The tiger seemed to nod, almost knowingly, as he went; I checked my blade, sweatin’ hard.

‘Get the job done, fool,’ I muttered.

I glanced at the CCTV camera; nearin’ the blackspot now. I picked up the pace.

Suddenly, he turned, flingin’ the jacket off. He was covered in long, thin scars, shinin’ silver. His mouth gaped wide, and I smelled it – hot, meaty breath. I heard the low rumble. I saw the yellow eyes like trapped suns, and the gold-black fur.

I never had a chance.

Screw you, Jez, I thought, as he pounced.

The world is frozen today. Everywhere I look, all I see is whiteness – the sky matches the ground, and there’s a quiet layer of frost over everything. I feel like the only living thing in a hundred miles.

Today I’m thinking about dreams – not so much the visions that dance behind your eyes when you’re asleep, but the hopes and plans you build for your future, which you work towards and focus on. They might be gentle, private dreams, ones that nobody else knows about, or they might be dreams you’ve chosen to share with your family and friends, or perhaps with the world at large. Whether everyone knows about your dream, or nobody does, the struggle to make it come true belongs to you, and you alone. Letting people into your dream means you have a wider support network to draw on (though you’ve bound to get some detractors, too.) Usually, people who love you will be behind you all the way, ready to help in whatever way they can. However, the thing with having a dream, one you’ve cherished and treasured all your life and hugged close to your heart, is that it becomes a part of you. No matter how many people stand around you cheering you on, working towards your dream can still seem like the most personal struggle you’ve ever faced.

I’ve posted before about how ready I am to face rejection and knockbacks. Of course, it’s one thing to have yourself steeled and prepared to go through rejection, and another thing altogether to actually go through it. I’ve never really gone through it because I’ve never allowed anyone to see anything I’ve written, with the exception of this blog. I can only hope I will manage to negotiate the difficult waters of rejection when it’s time for me to go through it for real. But over the last few days I’m realising how terrifying it can also be to meet with success, or at least the hint or possibility of success. Being longlisted for the competition I entered some time ago was wonderful, but also scary. It’s like having a crush on someone when you’re not completely ready to enter into a relationship with them, I suppose. Having feelings for someone which you keep to yourself, while treasuring the pain of your unrequited love, feels a lot like having a dream that you wish you could share with the world but which you’re afraid to even talk about with other people. If you do pluck up the courage to share your dream with the world, and you’re met with the merest hint of acceptance, it’s like the sweet horror that greets you when you tell your crush you love them – and they reciprocate.

I’ve been thinking about writing all my life, and I’ve been dreaming about writing for nearly as long. I’ve always wanted to do it professionally, but I never thought I actually would. I thought I’d keep it as ‘the great unattainable’, the tantalising thing just out of reach. I thought it would be a treasure just for me, and that I’d keep it safe inside my heart. And then life handed me the opportunity to give my dream a chance to set foot in the outside world, and I didn’t have any excuses any more. It was like someone telling my greatest crush exactly how I felt about them, spilling my secret love all over the place for everyone to see, and laugh at. But instead of my crush walking away from me, joining in the ridicule, he gazed at me and said, with a smile, ‘let’s give this thing a try’. And so, I’m starting to feel the terror now. The terror that maybe it might all work, it might all happen. Will I be good enough? Will I have what it takes to make it? Will my writing – my secret love – meet with approval?

I know that being longlisted for a competition isn’t the same thing as meeting with success. Things might still come to nothing, and I may yet have to pack my dream back up into my heart-coffer, and keep it for another day. But it’s a hint, a ray of hopeful light, a suggestion of what it might be like to make it, and I’m surprised to find that I’m scared by it.

It’s normal to be nervous of the new. Isn’t it?