Today is a Bank Holiday in lovely Ireland, and I’m just popping in to say that I’m off doing this:

As a result, I won’t be able to do a proper blog today.

The Flora Women’s Mini Marathon, for that is the event being depicted above, is a wonderful endeavour; upwards of 50,000 women take part every year, raising plenty of money for charity and also testing their stamina, resolve and determination.

I’m just hoping I survive it.

It’s my first time to try it, and I’m definitely a walker, not a runner. I’m not doing it for sponsorship this year, just in case I make a mess of the whole thing and end up collapsing in a heap halfway through. If this year doesn’t turn out to be a fiasco, then next year I’ll do it again and earn all the money for all the charities, like a huge fundraising android.

Anyway, I must be off. My trainers are laced, my heart-rate is up, my muscles are warmed, and my water bottle runneth over. And, if you never hear from me again, you’ll know what happened. Send word to my folks and tell ’em I love ’em, won’t you?

I won’t detain you for very long today, as I hope you all have better things to be doing on a Saturday than reading a blog post. If you don’t have anything better to be doing, then go and find something better to do! Perhaps you could dance around a bit:

Or maybe you’d prefer to read a funny book:

Or (best of all), maybe you could find someone to go for a walk with, or just even snuggle up to:

I’ve just been out for a wonderfully long walk myself, where I did a lot of thinking and quite a bit of rocking out (thank goodness for phones that are ‘smart’ enough to pick up a decent radio station!), and I’m back behind my desk now to get stuck into the last few chapters of ‘Eldritch’. It has been an easy and enjoyable write so far, but I know I have some work to do, particularly with tightening up my narrative voice. The commenters on http://www.authonomy.com have been very helpful, but I’ve been getting brilliant feedback from a few friends too, all of which will go towards making the story better. Keep an eye on the Authonomy site over the next week, if you’ve been following the ‘Eldritch’ story – I’ll be posting up some redrafts there soon.

Today is such a beautiful day here in my corner of Ireland – it’s bright, sunny and crisp. It’s like the whole world has taken a deep breath after the oppressive, dark, rainy weather we’ve had over the last few weeks. I’ve thrown open all my windows, and I’m buzzing with energy and determination to see ‘Eldritch’ through to the finish line. Hopefully it’ll be today. Wish me luck!

And have a beautiful Saturday, whatever you’re doing. I’m sending you a little bit of sunshine! 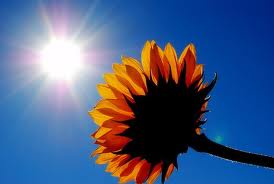 Happy Monday, if such a thing is possible.

I hope good weekends were had by all. I spent mine not doing very much, partly due to the fact that my husband is a bit under the weather, but also due to the fact that we were both exhausted, and a weekend of keeping a low profile just seemed like the way to go. I am feeling a bit cabin-feverish this morning, however – so, as soon as the sun comes up (any minute now!) I’ll head outside and get some fresh air. I wasn’t able to bring myself to go for a walk yesterday – slothing about the place seemed like a good idea at the time, but I regret it now.

I did manage to get some work done on the book, though, and I remain mystified by the fact that I’m finding so much in it, still, that needs immediate remedial work. I’m only about one-third of the way through, but I hope I’ll be finished by the end of this week. It’s incredible that all the things I’m spotting now were things I missed in previous re-reads, but it just proves the point that leaving your book alone for a little while between edits is the best thing you can do. I don’t think I’ll be changing anything major, structurally – I think it’s pretty much the way I want it to be in that regard – but I guess nothing is out of bounds, really. I’ve realised that editing can – and probably should – be a painful and extensive process, mainly because I also spent some time this weekend watching videos (well, they’re probably not ‘videos’, per se. I’m showing my age! They’re probably ‘podcasts’, or some such) on the brilliant website, http://www.writing.ie. Carlo Gébler, Sinéad Moriarty and Declan Hughes – three Irish authors – share their insights into writing, and the writing process, and their tricks and tips for overcoming common problems. I’d really recommend checking them out, if writing is your thing. I found them immensely useful. I was, however, a bit terrified by Carlo Gébler’s insight into editing – he recommended looking through your book to find entire sections which can be cut out, then re-reading to find chapters to cut, then re-reading to find paragraphs you can cut, and so on until you’re down to words. At that rate, I wonder how you’d have any book left at all, but what do I know. Perhaps he was just being descriptive and dramatic! His point, of course, is that nothing is sacred. The part of your book which you love the most will often be the first bit that an editor will rip apart – I’m sure, if I ever get to the point where another pair of eyes look over this WiP of mine, that this will happen to me, too.

Sometimes, when I’m doing other things and not thinking about my book at all (at least not consciously thinking about it – I don’t think my brain ever really lets it go properly), an image or a scene or even the actual words I’ve used at various points in the text will come back to me, and I’ll cringe at their terribleness. I’ll berate myself for using such a cheesy phrase, or for making such a horrible sentence, or creating such a ridiculous scene. And then I’ll read it over again, and realise it’s not as bad as I remembered. I wonder why this happens, sometimes, but I’ve learned not to worry about it any more. One thing I’ve learned over the last few months is that no matter how weird your thoughts get when you’re writing a book, that someone, somewhere, has experienced just the same thing. I live in hope that I’m not the only person who does this strange self-criticism.

As well as my editing, I also managed to read ‘Arthur Quinn and the World Serpent’, by Alan Early. This book has been on my radar for a while, because it’s set in Dublin (yay!) and it involves Norse mythology (double yay!) I love books that connect Ireland to the history of the Viking world, because I think the Irish role in the Viking story is too often overlooked. The book is also quite topical, as it takes the building of an underground railway in Dublin as a central plot point. At the moment, work is just beginning in Dublin on a light rail track which will run through the city centre, so it’s interesting to read the book in that light. The story is great – it has a strong core concept (the World Serpent, or Jormungard, has been lying dormant under Dublin for a thousand years, waiting to be woken), and I liked the characters. The author makes great use of Loki, the Trickster god, who can take on any appearance he likes, and I really enjoyed the author’s use of a theme-park which he calls ‘The Viking Experience’, particularly at the end of his story. There is a real Viking theme-park (of sorts) in Dublin, and the next time I visit I’ll be taking a very close look at some of the exhibits, now that I know how this book ends! I’m looking forward to the second book in the series, which involves the wolf Fenrir – and if the series continues the way it should, the third book will deal with Loki’s most terrifying child, the goddess Hel, who is half-alive and half-dead, and guards the Norse underworld. Let’s hope that’s the way the author intends to go! This book is great, and perfectly pitched at children from about the age of eight or so.

Right. Well, the sun is nearly up, so it’s time to make good on my promise. I’d better go and pull on my walking shoes, and get some air into these decrepit old lungs. Have a great day, all.