I know, now, why so many people who aspire to writing never actually manage to achieve their aims. It’s not necessarily down to a lack of talent, or a dearth of ambition, or a shortfall in the amount of effort they put into it, but perhaps – at least, if I’m anything to go by – it’s because they try too hard. 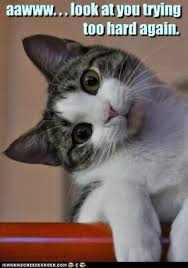 I’ve been working very hard on ‘Tider’ over the past few days. Since I finished draft 1 last Friday, I’ve managed to get to the end of draft 2, which involved making major content changes; I’ve also gone through the text again fixing and tweaking as I go, which I wouldn’t consider a ‘draft’, as such, but it was still hard work. It has been a challenge, and I am tired.

Even as I write all this out, I’m telling myself that it’s silly to do so much so quickly. I know, however, that there’s no other way I can do it. It’s they way I work, and has always been the way I work, to tackle a job head-on and to throw myself into it right from the start. I also have a hard time taking a rest until the job is done. Even as a student at school, I used to push myself to reach a certain point in my studies before I could take a break; if I didn’t manage to reach a certain chapter, or write a particular number of pages worth of work, or whatever it was, I wouldn’t allow myself to have a snack or go to the loo.

Who needs a Drill Sergeant when you do this to yourself? 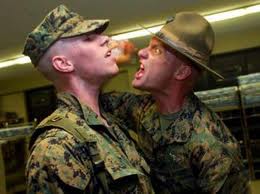 This is all very well when you’re preparing for exams, or when you have a major project at work that needs to be done, or when you have a manager or a boss breathing down your neck. Of course, I’m not saying it’s wrong to have a work ethic, or to be motivated to do a job quickly and to the best of your ability. I’m just not so sure it’s always easily applicable to the job of writing a book, which is something that requires perfect balance between a person’s body and mind, and which you can’t do if you’re tired or burnt out, and which you’ll find challenging if you’re screaming at yourself inside your head, urging yourself on to the next goal. ‘Get the Job Done!’ doesn’t always help you to achieve a delicate thing like creating, sustaining and finishing a story.

I know all this, but it’s hard to switch your mind from one ‘mode’ of working to another. I haven’t been successful, as yet.

There’s a lot about ‘Tider’ that I’m not happy with. I don’t like the ending – I seem to have a problem with endings, no matter how long or short the piece I’m writing is! – and there’s not enough peril; the stakes aren’t high enough for our brave protagonist. I’m still working through the challenges that come with writing a story which is narrated in the first person, where your protagonist has deliberately been kept in the dark about a lot of issues which turn out to be very important ones for her; as she learns, the reader learns. For a writer, though, trying to get this across without ‘info-dumping,’ or telling the reader too much in too blunt a manner, is difficult.

I think, however, for the sake of the book’s future, and in an attempt to make sure I don’t end up flinging the whole thing in the bin in frustration, I’d better take a step back and try to rest today. I know my brain will yell at me, and I’ll probably feel an inexplicable urge to stand to attention (though hopefully not to shave my head), but I’ll have to cope with that as and when it happens.

Have a good Thursday. Try to take it easy on yourself, if you can.

This morning, dear readers, I’m a bit of a mess.  My head’s swirling, my thoughts won’t sit still and behave, and my poor brain feels like it’s trying to tapdance and balance plates on its head simultaneously.  So, before we begin, I beg your forgiveness.  There were so many things I was going to blog about this morning – I flicked through my memory-book from childhood in order to pick out some juicy reminiscences, and then I thought maybe I’d comment on some current events.  Then I discounted that in favour of yammering on yet again about how much I love books, or perhaps lamenting the fact that I need not only to replace my clapped-out mobile phone, but also my end-of-life (and much beloved) CD player.  Sigh.

(I might yet mention all these things – we’ll have to see how this thing pans out!)

For lack of any other point of beginning, though, let’s start today by talking about the book I stayed up late last night to finish – ‘The Obsidian Mirror’, by Catherine Fisher.  My poor tired husband had to put up with my reading light for far longer than he should have, and for that I thank him.  I really loved this book, but that’s no surprise to anyone who knows me, because Catherine Fisher’s work always meets a warm reception in my house.  This book is also somewhat connected with my blog from yesterday, where I wrote about feeling as though your cherished ideas are no longer ‘yours’ when you see something similar on a bookshelf; when I saw ‘The Obsidian Mirror’ my heart first leapt, then sank.  It leapt because I love few things in life more than collecting a new Catherine Fisher, and it sank because the book proclaimed itself to be about the theme which has been occupying my mind these past few years: time travel.  Well, my WiP isn’t about time travel, strictly, but there is a certain similarity of theme going on, and I had to read the book immediately to see if there was any point in my continuing with my own novel.

As it happened, the plot of ‘The Obsidian Mirror’ is brilliant, and nothing like my own work, which was a bit of a relief.  I won’t spoil anything for anyone who wants to read it (I recommend it highly), but I do want to talk about some of the things which I feel Catherine Fisher does very well, namely dialogue and narrative voice.  I’ve always enjoyed reading her interactions between characters, especially when they ‘speak’ in their Welsh accents, as they do in some of her books (not ‘Obsidian Mirror’, though).  One of the special beauties of her work is the fact that the reader can ‘hear’ things like accents and intonation, just from the way she writes.  Her dialogue is among the least flat and sterile I’ve ever read, and I know enough to realise that’s a talent she has honed through years of practice.  This skill is immensely useful near the end of the book, when we’re hopping from character to character and from storyline to storyline; it’s never unclear who is speaking, because Fisher is able to differentiate each character’s voice so perfectly.

‘The Obsidian Mirror’ is written in the third-person, but I’d hesitate to call it omniscient – the reader finds things out at the same time the characters do, more or less, but it’s not exactly limited strictly to their points of view, either.  We (the reader) get hints at the start of each chapter, when there are excerpts from diaries, letters or ballads to give us some idea what we’ll be facing.  My own WiP is written in the first-person (with one small exception, yet to be written, at the very end), and I’ve been thinking about the benefits and drawbacks of that choice since finishing Catherine Fisher’s book.  Of course, with first-person, you get the chance to really explore a character’s development and personality; you get the chance to allow your readers to love your character as much as you do.  But there’s so much you miss out on, too.  For instance, my protagonist is ignorant of a lot of very vital knowledge about her world and her family, and because of the way I’ve chosen to narrate her story, it’s difficult to write about her learning process without having other characters tell her things, or without having her overhear conversations, and that sort of thing.  There are things she needs to work out in order to survive, and I want to express her intelligence and resourcefulness, of course.  But because (through me) she’s narrating her own story, that doesn’t always come across – she’s not the type to blow her own trumpet, so the challenge is to hint at it through other characters’ reactions.  Things she might notice, or dispassionately comment on, are far more meaningful to a reader than they are to her.

This works, up to a point, but I know I’ve loads of room to improve.  The last thing a writer wants to do is have page after page of a character gently explaining to your protagonist things like, ‘Well, darling, you really should know that your mother was a flatulent swamp-monster made of broccoli – it’ll make certain aspects of your life now seem much clearer.’  Instead, you want to have your character feel a mysterious pull towards broccoli, which leads her to investigate further and uncover an arcane mythology about broccoli and swamp-monsters which bears some uncanny resemblances to her own life – we should see her put the story together herself, instead of being told what to do or think.  Or, if the story must have explanation, it should ideally be ‘off-camera’ – as in, a character learns something without the reader being privy to it.  Again, this is difficult when you’re writing in the first person.

How do you write, in terms of narrative voice?  Do you have a preference for first- over third-person, omniscient or limited?  I’m interested in how others find ways around the challenges posed by each type of voice.  My current WiP demanded a first-person limited narrative voice – I couldn’t have written it any other way, though I really do feel a third-person would have been easier.  If anyone has any narration tips, I’m all ears!  I’d love to know if there’s something I’m missing…