What happened last week in France was horrifying.

And perhaps it’s because I write, too, and I take it for granted that I can express myself as I see fit, and that if someone doesn’t like what I’ve said that they’re not going to break into my life and destroy me. I know I’m a million miles away, content wise, from Charlie Hebdo, but the principle is the same. I write. They write. I express my thoughts, and so do they. I might agree that their content can be objectionable; I might not even like all of it. But it is their right to print it. You don’t wish to see? Then buy another magazine.

If you don’t like my blog, you don’t have to read it. If you don’t like Charlie Hebdo or what it stands for, there are plenty of peaceful, but effective, ways you can exercise your right not to be confronted with it. 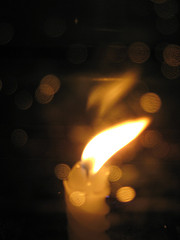 France has a long history of satirical cartooning, going back to the Revolution and before. It has always been crude, focused on the body, sexualised, and darkly funny. The cartoons which sparked off last week’s dreadful events have to be seen as part of that continuum and that particularly French tradition of speaking an opinion.

If opinions are simply destroyed along with the lives of those who held them (not to mention the lives of those who had nothing to do with them), then all that’s left is sterility and darkness. All that’s left is despair. There can be no learning, no growth, no furthering of human culture, no development of our species, no deepening of compassion.

Nobody has a right to kill another because of an opinion.

Everybody has the right to disagree, and to protest. Everybody has a right to respond, and to clarify, and to engage in debate, and to try to educate.

I am not trying to defend any particular stance, ideology, or opinion, but I strongly believe in the value of satire and of free speech. I also believe that with the right of free speech comes the responsibility of using that right, and I don’t believe in hate speech or publications which call for destruction or genocide or discrimination, but I accept that I live in a world where such things are possible, and I hope there will always be counter-voices to balance things out. I sympathise with those who feel offended because of something another has said or drawn or done, but I do not accept that the logical next step is to bring lives to an end. There is nothing down that road.

I’m trying not to fall into despair at what we all witnessed last week, and I’m really trying to hope that intelligence, courage and humanity will win out over any further impulses to destroy.

And I hope never to live through events like those of last week, ever again.