I’m back to work at the word coalface this morning after a busy weekend spent away from my usual routine. It’s funny how life can sometimes serve up to you these things you have to do, and places you need to be, and events you’re privileged to attend, right when you need time away from something work-related which is bothering you. I did do a little thinking about my current WiP (which is, technically, a revisited old WiP) on Saturday morning during some downtime, but besides that I took myself away from anything which smacked of fiction for two full days and lived completely in the real.

It was weird. But it was good. 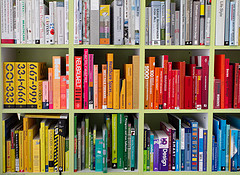 I didn’t even do any reading – besides half a newspaper – and that’s really unusual. I left the book I’m currently halfway through sitting at home, and it’s still where I left it, gathering dust, bookmark gallantly guarding my place. I plan to get back to it later, but that’s a secret, so don’t tell it.

And why am I rejigging an old WiP, you may be wondering? Well, there are a few reasons.

I was asked several months ago to become part of a critiquing group for children’s writers in Ireland, which was an amazing honour. I immediately accepted, despite worrying that my relative lack of experience would impact upon the usefulness of my feedback – but so far, so good. Some of the members are fully-fledged published authors or people whose debut novels are forthcoming, some (like me) are those who’ve gained agency representation but not a book deal, and some are people who are aspiring to gain an agent or who simply like to write. All of us share one thing: we’re interested in improving. The group is fantastically well-organised, supportive, interesting and also demanding – which is a good thing. It’s important to give feedback which is as full and useful and honest as possible, and that takes time and effort, but it’s time and effort I have no problem expending.

I haven’t yet had to submit any of my own work for critique, though. That’s happening next month – or, in about three weeks’ time.

I can’t submit any of ‘Emmeline’, because I don’t think that would be appropriate. So, I thought, what shall I submit?

Well. The first book I wrote after the initial, monstrous draft of Tider (if you’re an old-timer around here, you may remember this as ‘Tider Mark I’) was a story named Eldritch. It’s never really left my mind, even though it’s changed dramatically since I first wrote it. It was supposed to be the first part of a trilogy (now, it’s going to be a standalone); it once featured a very hard-to-pull-off narrative style which I’ve had to sacrifice in favour of picking one narrator over another (still not a choice I’m entirely happy with); it once featured a prominent girl character, who has now fallen beneath the editorial knife.

So, it’s a different beast, really. The characters are still in my head, though, and I know there’s something to be told here, a story which does exist, somewhere, and it’s up to me to find it. It’s changed, it’s morphed, it’s become something different from what I first imagined, but I know I have to try to tell the tale – and that the only thing which will allow me to see it properly is to try to look at the whole thing, the bigger picture. I want to submit the first three chapters to my critique group in a few weeks, and I want them to be three good chapters; I’m looking forward to learning from the incisive suggestions of my peers, of course, but I would like to do my best, all the same.

What I’m going to do, in order to get a handle on this book, is tape together several sheets of printing paper and do out a large diagram of the story, based around the ‘beats’ every plot should have. I’m then going to see if I can find the ‘corners’ of my story – the scenes I really want to include, the non-negotiable bits – and plot those out, in order to see how to connect them up in the most logical, interesting and dramatic way. It’s easy to get lost in the words when you’re trying to find your way through a story, and for them to become meaningless after a while. It’s like trying to scope out a landscape from ground level – it’s very hard to see beyond the next hill. If you’ve done a draft of your plot and it’s become ‘stuck’ in your head as the only way to complete a story, it can be hard to see another way to get from A to B, a way which could be far more elegant, interesting and neat. I think doing out this large diagram, then, is the way to go. I know my characters, and I know where they start off and where they end up, and I know what they need to go through in order to get from start to finish – and all that is important. But it’s the plot, and the ups and downs, and the intricate niggly bits, that I need to fill in, and for that I need a wide view.

So, it’s out with the paper and markers (I’ll refrain from using glitter, though, if at all possible), and hopefully my critique group – and my agent, who will no doubt be interested to know what I’ve been working on since I submitted ‘Emmeline’ to her nearly two weeks ago – will get a good, strong piece of work to dissect. I can’t wait to get their learned opinions, and to see what other eyes make of this revamped Eldritch. It’s a story close to my heart, and I hope they like it, but if they don’t it’s important for me to know, and to know why.

It’s good to start a new week with a refreshed sense of purpose and a determination to change up your perspective on an old problem, and I hope my attempts to sketch out a map to my imaginary world will be helpful. Stay tuned for more on how it all works out!