Sally Green’s début novel, ‘Half Bad’, has been getting a lot of press lately. It’s been called an ‘edgy and gripping success’ by the Telegraph, but the Guardian declared that ‘any sense of menace had been magicked out’ of it; over on Goodreads opinions appear similarly divided, with some readers feeling it owes a little too much to Harry Potter and others quite certain that its magical rites and traditions are utterly unique.

As for me? In typical fashion, I can see the merits of both points of view. 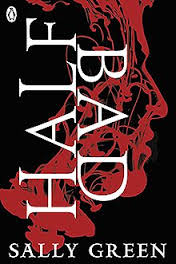 Nathan Byrn lives with his grandmother and siblings (or, more technically, half-siblings) in an unnamed town in a country we can reasonably assume to be modern-day England. His eldest sister, Jessica, hates him with utter conviction, but his other siblings – Deborah and Arran – are depicted as kind and caring. Their mother, we soon learn, took her own life at some point in the past. Jessica, Deborah and Arran’s father is also dead – killed before the book begins by Marcus, the greatest and most powerful Black Witch in existence. Marcus also happens to be Nathan’s father.

After a very brief introduction to the child Nathan, the book opens in stunning form, introducing us to an older Nathan who is – for reasons unexplained – locked in a cage and living as a semi-slave under the total control of a tall, strong woman who is utterly immovable, both physically and emotionally. It takes us through his daily routine, his attempts to keep his sanity, his desire to escape. Those parts of the story which deal with Nathan’s imprisonment are narrated in the second person, an extraordinary technique which simultaneously makes the reader feel what Nathan’s feeling while also expressing his desire to distance himself from what is happening to him:

“You’re dizzy so it’s easy to swoon, sinking to your knees. She grabs you by your armpits but your left hand isn’t injured and it finds the handle and slides the knife out of her boot while she grapples with your dead weight and as you let your body sink further you bring the blade to your jugular. Fast and hard.

The text backtracks to show us why, and how, Nathan ended up in this situation, beginning as he starts secondary school at age eleven and comes into contact with the O’Brien children, who are powerful White Witches. The book takes place in a world where witches and ‘fains’, ordinary folk, intermingle – most fains aren’t aware, or don’t care, that witches exist and most witches are utterly indifferent to them, too. However, within the world of witches a huge gulf exists between the White and the Black. Hatred isn’t too strong a word to describe what they feel for one another. Nathan, as a half-Black, half-White witch, apparently the only one of his kind, is a focus for the Whites’ anger and disgust for Black magic, and receives severe treatment at the hands of the O’Brien boys.

It is the O’Brien’s sister Annalise who shows Nathan kindness and acceptance, and Annalise who becomes his only friend. That is, of course, until her family forces them apart.

Fearful that Nathan will develop into a Black witch – and perhaps one as powerful as his fabled father – he is kept under strict control. His life and freedom is curtailed by decree after decree, he must present himself for regular testing by the Council of White Witches, and – eventually – he is imprisoned by them. Not the most effective way of encouraging Nathan’s White side, inherited from his mother, to emerge, perhaps, but it’s such a human, bureaucratic, blind course of action that it feels utterly real. Throughout the book, the idea of White magic as ‘good’, no matter what it thinks of itself, and Black magic as ‘bad’ is constantly questioned; certainly, the White witches in this book are cruel, inhumane and severe, almost to an individual.

But of course we can’t forget the Black witches and their tendency to commit murder, most particularly Marcus, Nathan’s father, who not only kills his victims, but also eats their hearts…

Nathan embarks upon a quest to discover the truth about who he is – White or Black, a murderer or not – and, of course, the clock is ticking. He must figure all this out by his seventeenth birthday, the traditional day of a witch’s Giving ceremony, where they imbibe (along with the blood of their ancestors) the magic which will define them for the rest of their life.

I enjoyed this book. It was compelling, and well-written, and the central characters (particularly Nathan, whom I really warmed to) were fully drawn and fleshed out. I could see the similarities to the world of Harry Potter – the Hunters were a little like Aurors, the looming figure of Marcus was somewhat Voldemort-like, Nathan was scarred, like a certain Boy Who Lived – but I really feel Sally Green has done something different with her magical world. Of course, J.K. Rowling drew on folklore and witch-lore for her books, too, and Green draws on the same store of knowledge, but that doesn’t mean they are telling the same story. ‘Half Bad’ is gritty and violent and ‘real’, for a book about witches; it is about pain and suffering and struggle more than it is about magic. It’s about finding out who you are when you’re not sure you’re going to like who you are.

I wasn’t entirely sold on the ending – and, if I’m being honest, the last quarter of the book lost its hold over me, just a little – but nonetheless I’ll be impatiently waiting for ‘Half Wild’, its sequel, due for publication this time next year. I’m intrigued by Nathan Byrn, and I want to see how he ends up – and that’s recommendation enough for any book. 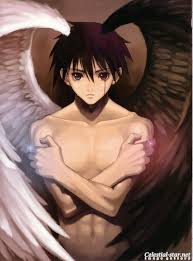