It’s another bitterly cold day today. It’s almost cruel that this type of weather makes everything look so pretty, but has such a negative impact on people’s lives, isn’t it?

My parents had planned to come and visit today, but the weather might prevent them from travelling; this thought makes me very sad indeed. I’m hoping that the newly-risen sun will bring enough warmth with it to clear the roads of ice and make their journey possible. Of course, I know that this is a small problem. This sort of weather always makes me very sympathetic towards people who are homeless, or elderly, or living in sub-standard accommodation, or who can’t afford to heat their homes (increasingly a problem in Ireland.) 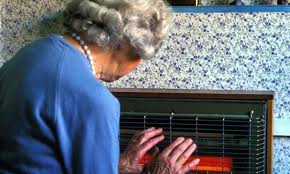 Is it me, or does this lady sort of look like HM The Queen? Weird.
Image: guardian.co.uk

I’m trying to keep my brain cells alive today by keeping them busy. I’d like to think the more they move around inside my skull, the warmer they’ll be. So far, it’s not meeting with a huge amount of success; I’ll persevere, though. In order to accomplish this goal, I’ve been stretching the grey matter in yet another direction – as well as working on my stories, I’ve also been helping someone with an editing project over the last few days. I can’t explain how much fun this has been. Nothing gives me greater pleasure than correcting errors, particularly when they’re other people’s.

(By the way, thanks to everyone who read my blog yesterday and who chose not to tell me I’d missed a word near the end. Perhaps nobody noticed except me – at least, I hope not! No point going to check it now, either – I’ve fixed it.)

Editing, as well as being really satisfying, is also beneficial to me as a writer. It’s gradually helping me to realise that when someone edits the guts out of a piece you’ve lovingly submitted to them, they don’t mean it to hurt your feelings. They really do mean to help you and make your work stronger. I feel I’ve been quite ruthless in my editing of the work that’s been submitted to me – pointing out places where the argument doesn’t make any sense or where the writing gets lost in a froth of style over substance, slashing through misspellings and instances of homophone confusion, clarifying commonly confused words (particularly ‘lose’ and ‘loose’, which is so widespread in Ireland that it should be our national slogan), and, most satisfyingly, putting in apostrophes where apostrophes should be, and ripping them out where they’ve been jammed in without just cause. I know, though, that none of this verbal carnage has been personal or designed to hurt delicate feelings. The person behind the words is immaterial when I’ve got my editing hat on; all I see are the words, and the errors, and the fact that fixing the errors makes the words better.

So, of course, I have to logically assume that when a person edits my work, they feel the same way. They see value in what I have to say, and they feel it’s worth reading through in enough detail to pick out the good bits among the piles of dross and to fix it up until it’s as pretty as it can be. This sounds a lot better than ‘the editor thought this piece was so woefully bad that not one word escaped without being doused in red ink.’ So, I’m choosing to go with the optimistic view.

I’m also planning to work on a story that I started yesterday. It was an experiment with form, and I’m not sure it’s quite worked; certainly, it didn’t have the emotional impact on paper that it had in my head. It can be difficult to write stories (particularly if they’re as short as flash fiction tends to be) which are interesting, unique and innovative. I’ve tried writing pieces composed entirely of dialogue, and a story based around images which are completely impossible. I’ve tried a piece written using nothing but contradictions, which was (as you can imagine) difficult. Yesterday’s effort was based around a funeral notice placed in a newspaper, which would have worked well if I’d managed to tweak it just a bit more. So, perfecting that story is today’s quest, as well as working through some other ideas bubbling in my mind.

Sometimes I worry whether I’m writing stories that are full of clichés and over-used ideas; considering that so many stories are never published in the traditional sense (i.e. in short story collections in books), but only appear on websites or online publications, some of which are entirely unknown to me, it can be hard to keep up with trends. But you can’t spend your whole life reading, either – you’d never get any writing done.

Anyway. It’s time to get stuck in. The words are waiting, so I’d better start getting them out before my brain ices over completely.

You may remember how I’ve described my love for winter before, and how I’ve sung the praises of this time of year. I’ve ranted on about the feeling in the air, the crispness of the freshly shed leaves, the invigorating nip in the wind, and all that stuff. I stand over everything I said, but I want to make one caveat, which is: I love winter, except for icy pavements. I really, really, really hate ice. It’s more than just a dislike, really – it’s a crippling horror, and I wish I could get over it. 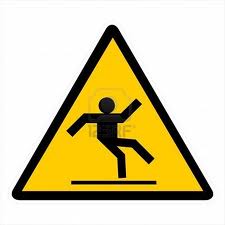 Forget the bogeyman. This here is *my* worst nightmare.

I’ve always had this fear, as far as I can remember. I’ve never much liked standing in bathtubs, for instance, and I was a nervous (and terribly bad) roller-skater. On the one occasion when I was induced to go ice-skating, on the pretext that ‘it’ll be fun!’, I almost had to be carried out of the place on a stretcher. Not because I’d injured myself, I have to add, but because I was in the throes of a full-on nervous breakdown. I circled the rink exactly once, clutching like a limpet to the railing the whole way around, shrieking at children to get out of my way. I distinctly remember yelling ‘I can’t go around! YOU go around!’ at a six-year-old. This is not a memory I like to dwell on.

The first real, proper fall I had was when I was about fourteen, and on my way to school one wintry morning. I was on my careful way down the hill leading from my house, and I had to turn a corner at the bottom of the hill. The corner, of course, was icy, and because it was on an incline, when I came around the corner I didn’t only slip and fall, but I flew up in the air, flipped around and landed on my knees, with my rear end facing the main road – which was full of cars, people, school buses, other kids, and all that jazz. It was, probably, the most embarrassing thing that had ever happened to me in my short life. And boy, did it hurt. My knees were sliced open, and I had to spend the whole day trying to hide them under my school skirt. But it was the feeling of losing my footing that stayed with me, haunting my nightmares. I hated it.

Sometimes, I think there’s very little I can do about this fear – it’s in my genes. My grandfather was the finest man in our hometown – he was extraordinarily tall, and very distinguished-looking; like most men of his generation, he wore a suit and tie every day. He was also utterly terrified of icy pavements. I grew up on top of a hill, and my grandparents lived beside me – the only thing guaranteed to keep my grandfather at home was the prospect of there being ice on the ground. He didn’t even like to walk outside when there was a chance of wet leaves on the pavements (I also don’t like wet leaves, but I don’t dislike them as much as I dislike ice). I’m not sure if I picked up this fear from him, or if it’s just encoded into my DNA – I’d like to think it’s the latter, because then I have an excuse for my ‘eccentricity’.

Anyway, this is playing on my mind because we woke up this morning to an icy-looking mess outside the house. I have to make my way up to the train station later to take a trip into Dublin, which I’m quite looking forward to – if I could get a hovercraft to take me from my house to the train, that is. I’m not joking when I say that the ten-minute walk that lies between me and the train station platform has been giving me palpitations for the last hour and a half. In recent years, Ireland suffered the worst winters I’ve ever experienced, and for four months in 2010 and 2011 I was like Scott of the Antarctic, expecting polar bears to start camping out in our driveway, unable to go anywhere without my ice-spikes. I really hope that doesn’t happen again – not only because I hate the thought of having to walk on ice, but also because my regular weirdness is enough of a burden on my loved ones as it is. I don’t think they can be expected to cope with my ice-freakery again this winter.

Please tell me I’m not the only one with weird phobias?