Just another word for nothing left to lose? Well. I’m not so sure about that.

It was, of course, the Fourth of July yesterday; I’m not American, so for me it was just another day. I know, though, that the Fourth of July is a holiday held dear all over the world, and one which is remembered, if perhaps not observed, in many countries. It got me thinking about the idea of freedom – what it means, the implications it has, why it’s important, and whether it’s possible to achieve a world order in which everyone is free, all at the same time – and so today I thought I’d take a short ramble through my thoughts on the issue. Will you join me for the walk? 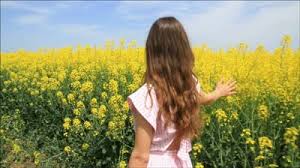 Freedom can be used with a lot of prepositions – freedom from, freedom to, freedom of – so, clearly, it is a concept with many facets. It means different things to different people, and freedoms expected in one culture may not be expected, or even desired, in another. Freedom is not a ‘one size fits all’ – one culture should not impose its own notions of freedom on another, I think – and, in that sense, it’s difficult to speak of a freedom that can encompass the world. In my opinion, nobody should live in fear, under oppression, or with the expectation that their liberty may be removed at any time, without warning; however, in order for this to happen, I think the world would have to change so much that it’s hard to see a way for it to become a reality. Freedom can be a threatening force to some – we all know of political regimes in which the powers that be keep an airtight hold on their citizens’ daily lives for fear that granting them an inch of liberty might spell their own downfall – and some people are interested only in a freedom that applies to them, and them alone.

Why are human beings so complicated? And so cruel, sometimes? I don’t think I’ll ever figure that one out.

For some terrible reason, humanity seems to have developed in such a way that it can only function if some of the world’s population is oppressed. Our economic systems are designed to keep certain people down; western consumer culture has trapped generations of people – often, people who live ‘far away’ and who are, therefore, easy to forget – in a spiral of poverty and overwork; certain religions and cultures deny people the freedom to gain an education, to drive a car, to live where they wish… the list is endless. It takes a greater brain than mine to come up with a way to solve these problems, I fear. It causes me a great deal of guilt when I compare the life I am privileged to lead with the life of a person who is exactly like me, but living in a different country or under a different set of beliefs, and whose life is vastly different to mine as a result of mere geography.

Can a world be forged in which we are all, to echo the great phrase, created equal? Obviously, I know every person is intrinsically equal to every other human person, simply by dint of being alive, but anyone taking a look around our planet can see that the idea of equality between peoples is, in a lot of places, nothing more than a beautiful dream. I fear too much change would be required to make it a feasible reality everywhere. Sadly, there are people who would fight tooth and nail to protect their own freedom, and that of their families and loved ones, while not caring what happens to others. But if we are not all free, to whatever extent we wish it, is there any point in any of us being free? And how free are we, really, in a world where we’re bombarded with messages about how we’re not good enough, and how we must buy and acquire and hoard more and more, and how happiness is only achievable when a particular total appears at the end of our bank statements? There are many forms of oppression, though some are far more insidious than others.

In order for freedom to be extended to all, I think a lot of people would have to give up some of the things they’ve always taken for granted, and governments all over the world would have to prove themselves trustworthy and incorrupt, and we would all have to agree on what the word ‘freedom’ actually means. Because of this, I’m not sure we’ll ever see universal equality, though it’s certainly something we should never stop striving towards. I am very grateful for the freedoms in my life, and for the fact that so many of those who’ve gone before me have paved the way for me to have the life I’ve got. What more selfless act can there be but to take action which will guarantee a better life for people you will never meet, or know? What better example to follow?

I hope all of those who celebrate the Fourth of July had a wonderful day yesterday, and I hope that people all over the world took a moment to reflect on their own freedoms, and to be grateful for them. I know I did.

Happy Friday, and I hope a wonderful weekend, full of happy things, awaits you.

I don’t understand each tiny detail of every series; I haven’t watched every single episode and forensically dissected all the movies; I have a favourite Captain of the Enterprise (sort of), but my loyalty wavers; I don’t fully understand who or what the Borg is, and I quite like Wesley Crusher – that last one alone would be enough to discount me from Star Trek fan-club membership, in some circles.

Actually, I think the whole Wesley Crusher thing can be put down to the fact that I watched most of ‘Star Trek: Next Generation’ at a certain age. It had nothing to do with the character, as such. Apparently, some people found him rather annoying. I didn’t really notice that part.

Yesterday evening, I watched ‘Star Trek: First Contact’, a film I first watched years ago, but which I’d forgotten just enough of to make a second viewing enjoyable. (Sometimes, having an imperfect memory can be a wonderful thing.) ‘First Contact’ is widely considered to be one of the best Star Trek movies, and – to be honest – not only do I agree with this assessment, but I realised as I watched it that I needed to see it, right at this particular point in my life. I read a news report at the weekend, you see, one which filled me with horror about the future of humanity and which left me with a dreadful sense of foreboding as to where the planet is going and what may happen to it, so much so that I spent yesterday writing an utterly depressing dystopian short story – but ‘First Contact’ has given me a fresh perspective.

Wouldn’t it be wonderful if the future turned out to be just like it’s depicted in Star Trek? I think so.

I’d love to be part of a world where genuine idealism and selfless concern for life – all forms of it (except, maybe, the Borg) – drove the wheels of society and innovation; I’d love to be part of a world where there is equality between genders and races (except, again, for the Borg, but that’s mainly their own fault, to be fair); I’d love to live in a reality where things like capitalism and commerce and colonialism and environmental horror and overcrowding and lack of resources have all been dealt with and overcome. I’d love to wake up tomorrow and for all that to be real.

Unfortunately, the reality is more likely to be something along the lines of what I read about in the news report I mentioned above: too many people all trying to live on one overcrowded, under-resourced planet; survival of the fittest, in the worst sense of the phrase; desperate competition for dwindling supplies of everything necessary for sustaining life; rising temperatures and climate migration and permanent damage to the ecosystem. I can imagine all this happening – I can actually see it starting already. It’s much easier to imagine this than it is to imagine all the races of the universe living in harmony, warping between star systems in an attempt to bring peace to the cosmos, and all that jazz. Perhaps that’s why I enjoyed ‘First Contact’ so much – it shows such a positive view of the possible future of humanity. It’s a break from the constant stream of dystopia that seems to be all over the place – in books, in movies, on TV shows – and, though it shows a Utopia which is so far away that none of us will live to see it, we can nevertheless feel confident of bequeathing it to our descendants. How hard would you work and how long would you strive to bring forth a wonderful, peaceful, clean world for your children and grandchildren if you knew, for certain, it could be achieved? Maybe it’s just me being an idealist, but I know I’d work pretty hard.

Perhaps that’s what we need, you know. A positive message. It’s all too easy to live down to expectation – if all the images of our future as a species and a planet show us devouring one another just to stay alive, then that’s how we start to think about ourselves. It becomes difficult to envisage a different future, a different set of choices. Pretty soon, the imagining becomes the reality, and we end up fulfilling the dark visions of the past. A positive view of what humanity may be capable of, however, may be far more useful – something to strive for, instead of fall back on. If we reflect ourselves succeeding instead of failing, perhaps it will start to become the truth.

But of course I know the visions and dreams of the average person have very little to do with the shaping of an entire planet, or culture, or people. That’s just not how it works. Unless there’s a payday in it for the most powerful, nothing will ever get achieved. As well as that, once we’ve started going down this road, the road which rewards greed and corruption and secret dealings done in small groups which affect millions of lives, it’s hard to get back from it. I don’t want to think that it’s already too late, but changing course is very difficult.

And, yes, I’m also fully aware that ‘Star Trek’ is fictional, and not only that but as unlikely a fiction as you’re ever going to get; that doesn’t stop me from wishing, passionately, that it will one day be the truth, and that we as a species will not destroy one another, but instead learn to live compassionately and gently, however.

A gal can dream, right?