There’s this really cool meme I’ve been seeing on all the best blogs (dahling) over the past few weeks, and it’s called Top Ten Tuesday. It’s hosted by the lovely people over at The Broke and the Bookish, and – I’ve got to say – I’ve been wondering about taking part for a while now.

So, in honour of the fact that I took the plunge back into submitting work for publication yesterday (because it’s the ‘being brave enough to submit’, not ‘actually getting the nod’ that counts), I thought perhaps I’d try this other new thing today.

Because, you know me. I love new things.

Today is a ‘Top Ten Tuesday Rewind’, which means you have the pick of a long list of Top Ten lists to choose from (the full list is on the Broke and the Bookish website); my choice is number 86 on that list.

Because aliens are so a natural disaster.

1. Elidor (but only if I can bring all my editions, currently three)

This one should come as zero surprise to anyone who has read this blog, ever.

The book which fed my childhood imagination? The book which gave me my love for medieval stuff? The book which frightened my shivering soul itself almost to the point of insanity – but which had me coming back for more? Yes. A thousand times, yes. I love this book, and so should you.

Oh, wizard Ged and your wonderful ways! I couldn’t possibly leave you behind. Not even if giant silver humanoid killing machines were smashing through my window. What would I do without the magnificence of Orm-Embar, the calm dignity of Tenar, the terror of the Dry Land? No. I would bring my Earthsea Quartet, and I would try to smuggle in ‘Tales from Earthsea’ and ‘The Other Wind’, too.

Dash it all. I’d just clear off my entire Ursula Le Guin shelf, and have done with it. 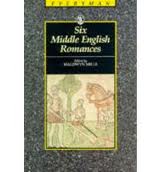 I don’t have a reason for this beyond the following: I am a huge giant nerd; I love Middle English, particularly these six texts, and I can’t imagine not having them to hand; I would want to save them from the huge squid-like aliens with their giant fangs and scant regard for human culture; most importantly, they rock. Seriously.

Terry Pratchett has written a lot of books. I would, of course, want to save them all if something with far too many legs was attempting to rip off my head, but I think I would save this one as a representative volume. Mainly, it’s because ‘Lords and Ladies’ is my favourite of the Discworld books, but it’s also because my current edition was a gift from my husband. So, you know. Kudos.

5. The Dark is Rising Sequence

Aha. I see you are on to me. ‘What’s all this, then? Saving trilogies and quadrilogies and that? You’re cheating!‘ Well, yes. Yes, I am. But the ‘Dark is Rising’ books are all in one volume, so therefore it counts as one book. Stuff it, aliens.

This book is far too excellent. I couldn’t allow it to fall into the hands of an alien civilisation, possibly because they’d eat it and spit it out and that would be that. So, it’s coming.

I have four editions of this. Two in English, one in French and one in Irish. I’m bringing ’em all.

What would be the point of surviving an alien attack, I ask you, if I leave behind a book which teaches me about the love of a little boy and his flower, or the loneliness of a fox, or the fact that every desert has an oasis at its heart, or how laughter amid the stars sounds like little bells, or what a boa constrictor who has swallowed an elephant looks like? Non. This book is precious. It’s coming.

This speaks for itself, I feel. Yes, they are four separate books but come on. How can you save Perrault without Grimm? How can you leave behind Garner’s British folktale treasury? How can you expect me to walk out the door Angela Carter-less? It’s not happening. 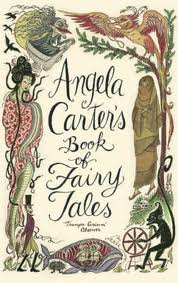 I’m beginning to get the feeling that I’ll be eaten like an oversized, screaming hors d’oeuvre by these alien overlords. I’ll be too busy dithering at my bookshelves to bother about running away. Perhaps I should prepare a grab-bag of necessities, just in case?

I cannot choose between ‘American Gods’ and ‘Neverwhere.’ I can’t! Could you?

Then, of course, there’s the graphic novel adaptation of ‘Neverwhere’ (as illustrated handsomely above), which I also love, and then – horrors! – there’s my ‘Sandman’ collection, which I could hardly bear to leave behind… curse you, Neil Gaiman, for being so talented. You, and you alone, will be responsible for my being chewed up by aliens.

Susan Coolidge’s masterpieces kept me company all through my childhood. I owned a beautiful hardback edition of these two books, all in one volume, which – now that I think about it – I haven’t seen for a while.

I was fascinated by Katy and ‘all the little Carrs’, and the lemonade they used to make and the swing outside their house and the descriptions of their area and Katy’s utter gawkiness and… all of it. Just all of it. I loved these stories as a little girl, and so they’re coming.

I just hope I find my copy of the book before the aliens get here.

10. Whatever Jeanette Winterson I can get my hands on before the killer death-rays start blowing the roof off my house

Yeah. So, I have a problem with Jeanette Winterson, too. Do I save ‘Oranges are Not the Only Fruit’? How can I save that and not save ‘Why Be Normal When You Could Be Happy’? And then, how can I ask myself to live the rest of my (probably, rather short) life without ever casting my eyes upon ‘Sexing the Cherry’ again? I don’t feel life would be worth living without ‘The Passion.’

And that’s before we get anywhere near her children’s books.

I think what we can all take from this exercise is that if aliens do arrive on my fair isle, I shall not survive. However, at least I shall die happy, in the company of my books, and that is more than I deserve.

Happy Tuesday to you.

*Psst! Did you see what I did there?