I was recently given the most amazing gift. I’ve got to tell you all about it.

So, we visited some friends at the weekend, and (as well as having a wonderful time), they made my husband and I – or, well, me really – a present of seasons 1-3 of ‘Buffy The Vampire Slayer.’

What do you mean, ‘aaaargh?’
Image: gautamsofficial.blogspot.com

I know the topic of ‘Buffy’ can divide opinion – and, sometimes, it’s the people who’ve never watched the show who can have the loudest opinion – but I have to nail my colours to the mast right here.

I’m a massive fan of Joss Whedon, for a start; I don’t think I’ve ever encountered anything he has had a hand in which I haven’t liked, at least somewhat. I love the way he writes women, and his imaginative use of myth and folklore, and the intelligent, complex humour that weaves its way through everything he’s made. So, it stands to reason that I’d be a fan of Buffy Summers and her ragged little Scooby Gang, battling to keep the world vampire-free.

However, I came late to ‘Buffy’. To me, the show is all about Willow being a powerful and sometimes rather evil witch, and Buffy’s complicated relationship with the vampire Spike, all of which comes well into the show’s development. Season 1 is all about Buffy’s relationship with the vampire Angel, of whom I was never really a fan – mainly because the show was all about Spike when I watched it – but I’m finally developing an appreciation for Angel as a character and as a focus for Buffy’s affection. It was moving to watch them fall in love, all the while with Buffy thinking he was human, until the inevitable moment when his true nature is forced to make an appearance.

In fact, I spent *cough* several hours yesterday watching one or two (or six) episodes, and it was huge fun to see all the characters as they were at the beginning of the show – young, and innocent, and in possession of the clunkiest high-heeled shoes and the frostiest lipstick known to man. It made me very nostalgic for my own 1990s teenage-hood, when girls went out to nightclubs dressed in slacks and jackets and nobody had mobile phones and the very idea of the internet was mind-blowing and most people listened to decent music and sarcasm was the lingua franca of everyone under thirty.

Sometimes, I really miss those days.

It was also great to see Willow the way she was at the show’s beginning – gentle, and quiet, and nerdy, and devoted to Xander, and totally unaware of her own magical powers. She was always one of my favourite characters (even when she was, you know, evil and set on destroying the world, and stuff), and watching the show would be worth it just for her.

It’s a strange experience, from a narrative point of view, to watch the show backwards – as in, to only be experiencing its beginnings now, despite knowing how the story arcs end and how all the characters develop. It makes my viewing experience at once brand-new and exciting, as well as bittersweet. It also makes me appreciate exactly how much the characters grow and mature, and how interesting their stories are. For me, Buffy herself was always a weary, sick-and-tired-of-saving-the-world-again type character, so to see her as she is in season 1 (a cheerleading wannabe, running away from her past, trying to date and have a normal teenage life, full of pep and snarky humour) is great.

But mainly what watching ‘Buffy’ does is make me really, truly crazy that ‘Twilight’ is the vampire story that most young people are familiar with these days. ‘Buffy’ is still popular, and still a part of the mental world of teenage audiences, but I do think it has largely been replaced by Bella Swan and her moping nonsense. How has this happened? How have we replaced Buffy Summers – a kickboxing, weapon-slinging, intelligent, brave, resourceful, fearless, duty- and honour-bound warrior – with Bella Swan, whose single greatest achievement is managing not to fall over while walking down a school corridor and having a crush on a guy who sparkles in the sunlight?

It makes me ferocious to think that role models for girls have regressed to the point where they’d rather read about a character who devotes herself – body, mind and soul – to the needs of a man than learn about Buffy, who is a self-possessed, confident heroine in her own right. Buffy doesn’t need anyone. Her relationships are her own choices, and she owns her mistakes. She bravely goes wherever her duty calls her, and she never backs down. She sacrifices everything she has in order to save the innocent. She looks like the kind of girl who could cause some serious damage (and, indeed, the actress who played her had a black belt in taekwondo); Bella Swan looks like she’d fall over in a stiff breeze. Bella Swan never thinks about anyone outside of her own small circle. Bella’s story – from what I remember of it, which isn’t much – is largely about herself, and Edward (the vampire who becomes her husband), and their family. They fight, sure, but it’s to save themselves. Buffy fights evil because it is the right thing to do, and because it is her responsibility, and even though it weighs heavily on her she doesn’t shirk it. She fights to save people who don’t even know they’re in danger, and she suffers for it.

But no. We’d rather squee over Bella Swan’s wedding dress than fangirl over Buffy’s prowess with a crossbow.

I know where my loyalties lie.

The only theme I can think of for this morning’s offering is that of ‘home’, and what it means to me. This is probably because I was ‘at home’ this weekend, by which I mean in my parents’ house, for a second weekend running; that hasn’t happened for a few years. I used to be the kind of dutiful daughter who would come home to her parents every weekend, but the last few years have seen some monumental changes in my life (husband, moving further away, etc.) so I don’t get ‘home’ very often.

On Saturday morning, just before we set off for my parents’, I told my husband that something I had to do that day could wait until I got home, and he gave me a funny look. I knew what was causing his disconcerted expression – the fact that I was standing in the kitchen of our home, talking about another place as being ‘home’. He knew what I meant, but I could see that he had a point! It’s hard for me to separate myself from my childhood home, and I feel a huge psychological connection to my parents, their home and the town in which I was raised. Sometimes I wonder if this connection is too strong, and if other people have such a tough, sinewy tie to their childhood – sometimes I feel like it’s just me. I do tend to feel very sentimental when I’m either coming to or going from my ‘home’town, and my husband used to be accustomed to me wiping away silent tears for about fifteen minutes after we’d driven away from my parents’ door. After a certain distance, I was able to recover myself and all would be well – until the next time we visited my parents, at least, when the whole sorry cycle would begin again. It’s only recently that I’ve started to realise it is possible to leave my parents’ house without weeping, and I’ve been doing very well on that front for the last while. It also occurred to me that it might not have been the most pleasant experience for my husband, having to drag his weeping wife away from the bosom of her parents’ loving embrace, and all that other melodramatic stuff – not that he ever gave me any hint that it was tough for him, but it must have been. So, I’m glad that the ties are starting to soften, just a little.

It’s difficult to create a home somewhere else when you still feel that, emotionally, your ‘home’ is where you grew up. It took me a long time to feel like the home I share with my husband was really home; as well as my attachment to my childhood, I was also used to living in a succession of rented houses, and my brain took ages to switch from the ‘this is temporary, not really your home’ mentality to ‘this is your forever home, you can be happy here.’ Perhaps part of it is not quite believing how lucky I am to have not one, but two (and three, if I count my husband’s parents’ home) places in which I can be at home, and places where I know I can relax and take refuge. I’m very aware that most people are not so lucky, and this is particularly so in modern Ireland where families are struggling to keep their roofs over their heads. Not that my husband and I don’t have to worry about money, of course, but we’re not in the danger that some people are in – something for which I am profoundly grateful. 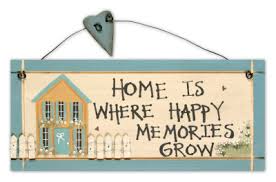 It’s also true that the concept of ‘home’ is one of the most powerful themes in literature – and it’s certainly a theme in my WiP. For a story to work and be satisfying to a reader, you need a character who has a home, whether it be a perfectly satisfactory and loving home or a dysfunctional one, and this home either needs to be lost or destroyed or left behind in some way in order for a quest to start. Most of the time in traditional storytelling a story ends when a character finds another ‘home’ – one they’ve created themselves – and this new home replaces the one they lost or left early in the plot. The idea of marriage as a symbol for peace and completion (as well as entry to adulthood, and hence the right and responsibility to create your own home) is also one which features in storytelling – who would have thought marriage would be symbolic of anything? But there you are – apparently, it is. (If you’re interested in this idea, you could do worse than have a look at Derek Brewer’s book, ‘Symbolic Stories’ – it does have a medieval/Renaissance focus, but it’s very interesting. Honest!)

So, ‘home’ is a vital concept to us humans, whether it’s on the micro-level of our own lives and experience, or the macro-level of our culture as a whole. It means different things to different people and different cultural groups, of course – to me, it might mean ‘a brick building with windows and a door, in a particular location’, and to a nomadic tribeswoman it might mean ‘a clean supply of water and a place to tether the livestock, in no particular location,’ but the same feelings surround it. It’s more than just a place, it’s a state of mind. Everyone needs a place to feel safe, but I’m aware, of course, that so many people are denied this basic right. So, I’m very grateful for my home, and I hope that today is a happy day in your home, wherever it is you may live.

Thank you for reading, and have a wonderful day.