I’m almost finished with my edits for ‘Eldritch’. I thought, yesterday, that I was completely done and dusted, but then I remembered that there was another important job to do.

That job? Polish the book’s beginning with such vigour and vim that it shines.

Now, of course, the whole novel has to be written as well as I can write it, and the entire story has to shine as much as possible. This, without doubt, I know. But I think it’s worthwhile going back over the manuscript and focusing on the opening sections, the first few chapters, the source from which the river of the story flows. The reason I’m focusing on ‘the first 10,000 words’ is because those words are the ones which will be looked at by agents and/or publishers during the querying process; those are the words that really need to be catchy, compelling, interesting and fresh. Those are the words, in short, which have the power to sell, make or break your book. For some obscene and devilish reason, they’re also often the hardest words to produce. They’re easy to write, first time round – you’re enthusiastic for your story, and you want to get stuck into it, so you dive right in and get going – but they’re hard, very hard, to come back to and spruce up.

At least, that’s what I’m finding at the moment.

Not all agents are the same, of course; they don’t all request the same things from prospective clients. But, from the research I’ve been doing over the past few days, one thing seems to be fairly common among them, which is that they like to receive 10,000 words, or three chapters, whichever comes first, from querying authors. This puts me in mind of a job interview, or meeting a new person for the first time, and how important it is to put the best of yourself forward; it also reminds me how socially awkward I am. I am that person who goes in for a cheek kiss and ends up giving a smacker on the lips instead. I am the person who laughs at all the wrong moments. I’m the person who puts their hand out to shake at just the wrong angle and ends up whacking someone across the face. So my 10,000 words – my equivalent of a first meeting – is really going to take some work. 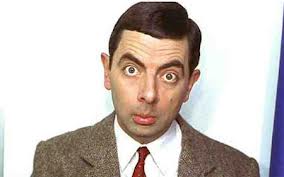 Sometimes, I remind myself of this guy.
Image: suchsmallportions.com

I’m a nice person when you get to know me. But I hate to think of the amount of people who’ve come away from their first meeting with me wondering what on earth just happened. I’m sure there are plenty. I hope the same isn’t true of ‘Eldritch’ – in other words, everything from Chapter 4 onwards is fine, but the opening sections are completely off the wall.

It’s hard to find a ‘hook’ – something which will hint at the wonderful story to come, which sounds different (but not too different), fresh (but not completely out of left field) and interesting (not in that raised-eyebrow way, the one which is just ‘weird’ in a fancy coat). It’s hard to know whether your idea is flabbergastingly good, one which will make an agent’s heart start to beat a little faster, and one which will make them start sending you an email to request the rest of your manuscript before they’ve even finished reading your query, or whether it’s just plain crazy. Or, worse than these – perhaps your idea is so bland, so boring, so porridge-y that it makes the agent stop reading before they’ve even reached the end of the first page. The first 10,000 words have a lot of hurdles to leap over, and a lot of sinkholes to avoid.

I’ve made a choice with the narration style of ‘Eldritch’ and the structure of the story that I’ve never come across before in any book I’ve read – certainly not one aimed at this age group – so this might explain my trepidation. I’m not sure if I’ve taken a sensible risk, or if I’ve thrown the baby out with the bathwater altogether.

I reckon the only thing I can do is have the courage to stick to my convictions, and have faith in my choices. There’s no point being half-hearted about it; if you make a choice with regard to narrative style, then go for it one hundred percent. Make it snappy, fast-moving, interesting, fun and exciting; make it new, unique and ‘you’. Make it good. Write it well.

So, no problem then.