It’s happening today, I’ve decided. I can’t put it off any more. Everything I hold dear is resting upon it – my sanity, my marriage, my peace of mind.

It’s time for a book cull. 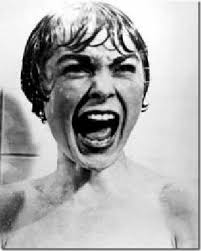 My husband is the kindest and best of men, and among the most patient – he needs to be, with me. He knew when we got together that I had an addiction to books, but it has only really become clear in the last little while exactly how bad this addiction is. I don’t think he can really understand the logic in me buying more books when there’s still an unread pile waiting for me; to this, I say there is no logic. It’s just the way I do things. I don’t have to read books in the order in which I buy them – if I see a book I’d like, or one I’ve been waiting for, or the next instalment in a series, or even just a pretty cover (I’m a sucker for a pretty cover), I’m going to buy it even if it means I’ll read the new one before one I already own. I refuse to believe I’m the only person who does this, but I’ve finally begun to realise how maddening it must be to live with someone like me.

As a girl, I had books in every conceivable nook and cranny. Every drawer was piled with books, lying flat like babies in cradles; instead of socks in my sock drawer, I kept my Austens and Brontes. I had stacks of books in the end of my wardrobe, where most self-respecting teenage girls keep their shoe collection, and every inch of shelf space was taken up with displaying my Terry Pratchetts. Not for me the gew-gaws and trinkets of the average female teenage-hood – I had no interest (well, besides the occasional candle; I’m also a bit of a candle-freak). It’s been books, books, books all the way for me, for as long as I can remember. I think my parents were delighted to be rid of me, in many respects, once I grew old enough to move out of their house – the beams were probably just this close to snapping under the weight of my library.

I gathered a whole pile of books around me during college, too – I reminded myself of Smaug, except it was paper I hoarded instead of gold. Where we differed was that, of course, I loved and cherished (and made use of) my books, whereas Smaug just jealously guarded his gold, without making any use of it, besides as a bed. Plus, of course, he’s a fictional dragon and I’m… not.

I couldn’t help buying books, and I still can’t. It almost makes me feel guilty to leave a bookshop without parting from money, even just a small amount. It has happened that I’ve managed to enter a bookshop and leave it empty-handed, but so rarely that I can probably recall each episode off the top of my head. When I was young, and at university, and my time and (cramped) space was my own, I could buy all the books I wanted. There was nobody there to raise their eyebrow at me in a slightly disapproving way when I came home with yet another tome, and if my housemates were annoyed by my piles of books in our rented living room, they never said anything (not to me, at least). The only time my collection ever caused me any trouble was when the time came to move house, which did happen a few times during my younger years. But, just as a parent doesn’t leave a child behind when they move house, no book was left behind by me. I managed. It’s what I do.

Now, I’m living in my forever-home. There aren’t going to be any more moves. My books are where they’re going to be for the rest of their natural life. But, it’s starting to come to the point where we can’t open our living room door because there’s a pile of paper behind it, refusing us access. Luckily, we don’t have an attic, because if we did, my books would have crushed us in our bed long ago. We’re the only people I know of who have a bookcase in their downstairs loo. I mean, some people have a pile of magazines in their downstairs loo, and maybe a few books piled in the window-sill, funnies to pass the time, that sort of thing. We have an actual full-size bookcase, with all the Penguin and Oxford Classics on the top shelves, followed by an assortment of novels and Norton Anthologies, children’s books and historical fiction, even The Onion Annual from 2005. Nobody really needs any of this stuff, but it’s there.

About six months ago, we had the first book cull. It was akin to self-flagellation, for me; I did it, but I really didn’t want to. However, even I can admit that I made a bit of a pathetic effort – my husband cleared out a lot more of his old stuff than I did of mine. But now, even I have begun to eye up our bookshelves more critically, asking myself if I really need all this stuff. I don’t, of course – I just have an emotional connection to most of the books I’m hanging on to from college, for instance. I’m never going to read ‘Deformed Discourse: The Function of the Monster in Mediaeval Thought and Literature’ ever again (in fact, I’m not sure I even read it the first time), and so it should really be encouraged into the cull-box, ready to begin its new life in our shed, and – at some future point – to take pride of place in a second-hand bookshop somewhere. I know that if I’m to be allowed to continue with my book buying, that we need space to put them away; I know that I can’t help buying books, and that we don’t have an infinite house; so, therefore, the conclusion is inescapable. Some of them will just have to go.

Just because I know it can’t be helped doesn’t make it any easier, though. Let’s hope I manage to clear more than one shelf before I break down in agonised tears, swearing to the books that of course I’m not going to throw them away – that can’t happen again!

Wish me luck… and happy Tuesday to you!