I’ve just been reading an interview with an actor whose work I loved when I was younger, and who – as part of a funny six-piece ensemble cast – was one of the most famous and highly paid TV stars in the world at the height of his fame. Since the late 1990s, he’s fallen in and out of ‘favour’ with the press due to his publicised struggles with substance abuse and the consequences this had for his personal appearance (as if it was anyone else’s business, but I digress.) In recent years he’s kept a lower profile, but he’s still extremely well-known.

He is Matthew Perry, who played Chandler Bing (‘Bing! It’s Gaelic for ‘thy turkey’s done!”) on Friends. 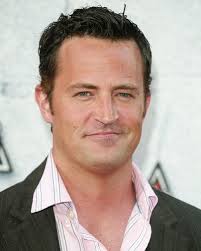 It was an interesting interview, not least because Perry spoke about the terrible effects that negative reviews of his work had on his mental health. I’m paraphrasing, but essentially he says he doesn’t read reviews now because the good ones are never – to his mind – good enough, and they never last long enough in the psyche to outdo the damage caused by the bad ones.

I was a huge fan of Friends, and Chandler Bing was always my favourite character. He – or, rather, Matthew Perry – was witty, self-deprecating and intelligent, with an instinctive talent for physical comedy that I think has to be in-built; it can’t be taught. He had all the best lines. Even now, if I catch a re-run of the show, it’s Chandler I love to watch (well, and Phoebe. I loved her, too.) So, it’s weird to read about a person you consider extraordinarily talented struggling with bad reviews, and expressing how deep an impression they can make on a person’s peace of mind and self-esteem. I once read Oprah Winfrey’s recollection of an anecdote about Beyoncé, who is – as I’m sure you’re all well aware, a global multi-millionaire megastar – but who still comes off stage after a performance and asks people ‘Was that okay? Was I okay?’ Apparently, she does this even while her audience is still screaming her name.

We have to feel like we’re doing things right, even though we have nothing to prove to anyone. Matthew Perry has nothing to prove; neither, assuredly, does Beyoncé. Despite this, they still need to feel like they’re okay, that they’re enough, that they’re good at what they do; it’s a touchingly vulnerable aspect of the life of a superstar. But none of us are any different.

I’ve often read interviews with writers where they say the same thing – ‘don’t read the reviews.’ Newbie authors often can’t help themselves from reading reviews, steeling themselves against the bad ones, telling themselves they can cope with the excoriation of a person hating their work and spilling that hatred all over the web – but often they can’t. How could anyone? 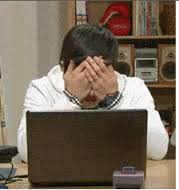 I know I’m writing this post as a person who also writes book reviews, but I try – insofar as that’s possible – always to keep my book reviews positive. Even if I don’t like a book, I always find something to praise about it, and I never – ever – stoop to the point where I attack the author him/herself. I can’t even understand the mentality of a reviewer who would do something like this, but apparently it happens every day. It’s an abhorrent aspect of the print media which bases itself on destroying people – Matthew Perry, in his interview, recalls an incident where he was criticised for dating a particular woman, and then attacked for apparently being gay, on adjacent pages in the same magazine – and which surrounds us at all times. Reviewers, and Facebook commenters, and in fact those who comment on anything, anywhere on the web, are used to this sort of vitriol. It’s already spilling out into their personal interactions with others, to the point where sitting behind a keyboard and writing vile things about another human being is seen as hilarious fun. ‘Don’t read the comments’ is an oft-heard saying for a very good reason.

I was taught as a child that if I had nothing nice to say, I was to say nothing at all. This doesn’t mean that I can’t respectfully criticise, or say that something’s wrong, or express anger if I need to, but I really don’t see the point of saying hurtful things just because you want to. In recent weeks, a mother posted an absolutely beautiful photograph of her young son, who has Down syndrome, to Instagram with the hashtag #downsyndrome. A commenter – who apparently searches for images of people with Down syndrome – wrote the word ‘ugly’ under this picture. The young boy’s mother replied to this internet troll in the most gracious way, at once spearing the troll’s own viciousness while also extending compassion to them, assuring them that all people – even trolls – deserve respect.

I’m so glad this woman’s post went viral, and that people all over the world have seen it. Such touches of humanity will never outweigh the vileness, but each tiny example counts. Wouldn’t it be great if, one day, we could learn that there are ways to express our dissatisfaction with something – whether it’s actions, or art, or politics, or whatever – without making personal attacks, and that we could start using our intelligence to find ways to build one another up rather than tear one another down? Maybe then nobody would be afraid to read their reviews, not because all reviews would be fawning and false and full of fake praise, but because they’d be respectful and constructive and useful and thoughtful.