Well. What a weekend that was. How is everyone this morning? I hope you’re all as happy as, and slightly less exhausted than, my good self.

Today’s blog post is going to be all about this: 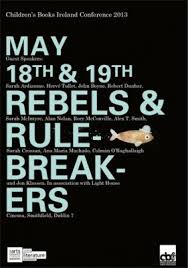 Image: jabberworks.co.uk (also, a site worth visiting in its own right!)

My brain, this cloudy morning, is swimming with everything I learned and saw and felt this past weekend at ‘Rebels and Rulebreakers’, the Children’s Books Ireland conference – and I was only able to attend the first day. I’d probably be bamboozled altogether if I’d been lucky enough to attend both days! But that’s a treat for next year, hopefully.

I’d been looking forward to Rebels and Rulebreakers for weeks, impatiently waiting for the days to roll around, and – quite possibly – talking about it incessantly. So, on Saturday morning, bright and early, my wonderful husband drove me all the way to Dublin, just to be sure I made it to the conference on time. Where we live, there are loads of trains and buses to the capital, but at the weekends they run on ‘country time’ – i.e. they don’t start until quite late in the morning (trains), and/or they turn up when they feel like it (buses). So, because I was lucky enough to have a lift, I was a little early. I wandered around Smithfield (a very pretty part of Dublin city, where the Jameson Whiskey Distillery is – you may have heard of that!) looking at things like the gorgeous wall art looking down over the central square, and the faux meadow, complete with grass and niftily carved wooden sheep, around which children – and several parents – were having great fun. The place was filled with tourists and sightseers, and there was such a bright and happy buzz over everything.

I was a little nervous, though. I felt like an interloper on the red carpet at the Oscars. But more of that anon.

After I’d registered, and received my snazzy name-tag, lanyard and conference tote bag, I was ready to hit the bookshop. I think I may have been the first person to wander down towards it, which is just the way I like it. I picked up some gems, including this wonderful book (which I actually managed to read, in its entirety, on Saturday, between talks and over lunch and on the way home. It’s that good): 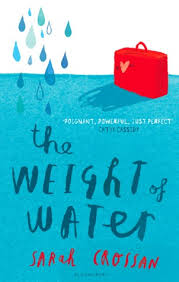 There was just time for some chatting, and some exploration of the Lighthouse Cinema (the building in which the conference was taking place – an absolutely beautiful space) before the first talk of the morning.

The opening talk was given by Sarah Ardizzone, a translator of children’s and YA books from French to English, and it was eye-opening. I learned that translating a book from one language to another is so much more than dustily looking up words in a dictionary and placing them in an approximation of the right order on the page. Instead, it’s like delivering a baby, perhaps; you have to handle this living, squirming, new and unknown creature, a text that breathes and pulses in its own language, and capture not only the story it’s telling but also the nuances of the words – the slang (which is forever changing), the cultural moment, the complex, organic, fresh wonder of it – accurately and realistically and idiomatically in an entirely different language. Ms. Ardizzone told us how she interacts with young people from England, and also France and the Francophone world, in order to develop an ear for the music of their ‘slanguage’, their sparkling uses for words, their unique way of constructing sentences, to make sure the translation she produces will speak to the young people who read it, and sound authentic and real. She gave an insight into how translation, and the act of translation, can help to bring schoolchildren together, and she told us about a project called Translation Nation, with which she is heavily involved, which aims to bring children together in collaborative translation, working with stories and tales from all over the world.

The saddest statistic of the day, however, came from Ms. Ardizzone’s talk. She said that, in the Anglophone world, only between 1 and 3 per cent of children’s books are translated from other languages. What a world of stories children who can only read English are missing out on.

Next came a talk from the French illustrator extraordinaire, Hervé Tullet. 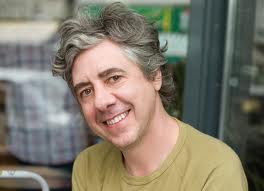 I don’t think I’ve ever been so entertained by a man making noises and pointing at shapes in a picture book ever before in my life. We’d already been introduced to M. Tullet during Ms. Ardizzone’s talk, when she’d asked him to step in and play the role of the ‘Loup’ (Wolf) in a French-language edition of ‘Little Red Riding Hood’ – so, I expected him to be funny.

But I didn’t expect him to make me laugh so hard that tears rolled down my face.

He read from a selection of his work, including his masterful ‘I Am Blop’, a book that takes one simple shape (the ‘blop’ of the title) and manages to use it to teach children about size, colour, number, perspective, reflection, as well as themselves and their place in the world. I was astounded as I watched M. Tullet bring his own book to life using sounds and voice effects. 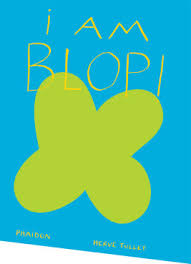 Unless I’d seen it performed in front of me, I’d never have believed such a simple shape could literally bring me to a new level of understanding. Funnily enough, I felt my own perception change and grow as I watched the performance, despite the fact (or perhaps because of the fact) that Blop itself does not change shape at all throughout the book. As I watched, my mind was opened and brought to a place in which I could completely understand how a child would see Blop – see it negotiating its world, fitting in (or not) with its peers, growing bigger, changing colour, changing from being the only blop on the page to being one of many – and how they would understand, instinctively, that they, the child reading or being read to, were just like Blop.  And, more importantly, if Blop can hold its own through all this change and newness and growth, so can they. What an encouraging and confidence-building little book – and all done with a shape, and minimal text!

Oh, but look. I’ve reached my upper word limit for blog posts already. I have so much more to share, but it will have to wait for another day. In the spirit of rebelling and rulebreaking, then, I’ll break my recollections into several blog posts, and I hope you’ll enjoy reliving my memories of a wonderful day along with me.

Happy new week, everyone! And remember – you are Blop.