Today, I want to tell you about an opportunity for those who write, and a promise of future goodies for those who read. I want to talk about a writer brave enough to take a stand against a culture of oppression which she found to be distasteful, unbearable and wrong, and about her attempt to shine a light into the darkness.

That writer is Susan Lanigan, and her statement against the dark is the Walking on Thin Ice Short Story Contest.

Susan’s debut novel is set to be published next year, but she is a long-established blogger and writer. She’s been long- and short-listed for pretty much every big writing prize you can think of and boasts a list of publications that make neophytes like me swoon with admiration. She has also been a generous and supportive guide to me in my first faltering steps towards making a life in words, and has offered her help, encouragement and advice more often than I can remember over the past year.

However, as well as being a successful and talented writer and a professional IT analyst, Susan is a mental health advocate and a person who feels strongly about the societal imbalances which affect those who suffer with mental ill-health. She has set up the Walking on Thin Ice Short Story Contest in an attempt to get people thinking and writing about these issues and – hopefully – to start changing the prevailing mindset, and upset the power structures that keep people crushed, and which keep them voiceless. She has poured a huge amount of personal effort and love into getting this contest off the ground, and every aspect of it is a labour of devotion for her.

But here’s how we can all help, too.

The contest is almost ready to roll. Susan has secured a judge, and she has procured funding for prizes. She has a website which contains all the information you could need about the Walking on Thin Ice Short Story Contest.

The only thing she needs now is… entries. 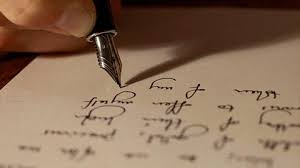 If you think you’d like to contribute a story between 500 and 4,000 words based around any aspect of mental health – the struggles of those with mental health issues to be treated with respect, dignity and equality; the societal structures which are directed towards stigmatising and disrespecting those who live with mental illness; the powers-that-be which disenfranchise and dehumanise them and make them into ‘problems’, or ‘statistics’ – then I reckon I can safely say Susan wants to hear from you.

In her own words (taken from Susan’s website, http://www.walkingonthinice.org):

The Walking on Thin Ice short story competition has one aim: to produce powerful, new, high-quality short fiction (500 – 4000 words) on the topic of mental health, stigma and power by means of an open blind-submission short story contest… The last of that triple theme – power – is particularly important, as the question of power – who wields it, who creates the bar for sanity, who enforces social norms from macro to micro – often gets quietly dropped in these discussions.

I really hope that those of you who can submit work to this competition will consider doing so. The closing date for entries has been extended until November 15th, so I heartily encourage everyone who can to put their pens to paper, or their fingers to keyboard, and get writing.

Mental health is something I feel strongly about, too; I’ve made no secret of my own struggles with depression, anxiety and obsessive thinking here on my blog. It’s something I’m not ashamed of, but I’m sure there are plenty of people who feel like failures because they live with similar issues. I wish we existed in a society where those who battle with a heavy mind could feel that help was at hand whenever they needed it. Instead, people are slotted into ‘boxes’, made to believe they are faulty when the box into which they’re put is unequal to the task of containing them, and forced to conform, under threat of shame.

Walking on  Thin Ice aims to start the process of correcting that. I’ll be doing my bit to help, and I hope you will, too.

Now, go on. Check out the website, have a look at the competition themes, and get writing!