The past week and a bit has seen my baby spend several days in hospital. The care we received – all if us, not just Junior – was impeccable, and a full recovery is imminent,  but still. If I never have to call an ambulance for my tiny child again, it will be too soon.

The picture above is one I took in Baby’s hospital room. The tiny bird reminded me of the child in the cot beneath it in better, healthier days – all wide, sparkling eyes, the mouth barely open in wonder and curiosity – and I found it hugely comforting. As kind as the nurses and doctors were, however, it was exhausting, both practically and emotionally, to maintain a bedside vigil and I was glad to be allowed home again last weekend.

I listened to ‘Lazarus’, a track from David Bowie’s latest album, on one of our trips to or from hospital. How incredible, I thought. Bowie is still a relevant, creative genius.  I loved the track. I resolved to buy the album.

And then news broke of his death.

I haven’t been so broken at a celebrity death before. Not even the loss of Terry Pratchett, who I adored, hurt as much as this. I can’t process the idea that Bowie, the chameleon, the otherworldly, the unspeakably beautiful, is dead. I prefer to think he has returned home. He will never be gone. He is part of the air now, and the night sky.

I don’t have a favourite Bowie track. I love pretty much all of them equally. (The video for ‘Let’s Dance’, however, is dearest to my heart). I wanted to share the video for ‘Absolute Beginners’, though, not only because I think it’s a fabulous song, but mostly because it was in my head a lot as I looked after my sick child.

I absolutely love you, but I’m an absolute beginner.

I am an inexperienced mother, but I hope I’m doing an OK job. ‘Absolute Beginners’ lets me know I probably am. I wish David Bowie knew how much his music and image have meant to me, and how much he has helped me just by existing and creating and showing us all how to turn our lives into art.

I loved him. I will never forget him. And my child will know all about him, in time.

This week’s words for CAKE.shortandsweet’s Wednesday Write-In were:

And here’s what I made of them… 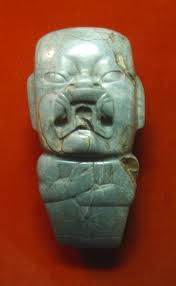 More Than You Can Chew

It’s at moments like this that James wonders how he ever felt any attraction toward the woman who calls herself his wife. On all fours beside him, her hair askew, she looks like that nineteenth-century dragon carving he’d finally managed to flog, for a fraction of its cost price, a few years before. She even has the teeth, and everything.

‘It’s monkey see, monkey do with that child!’ she says, in a hoarse whisper. ‘He sees you cramming everything around you into your mouth, so of course he’s going to do the same!’

‘Just shut up and keep looking, will you? Greg’s barely eating solid food yet. I don’t see how, or why, he’d shove a jade figurine into his gullet.’

James’ eyes fall on their son, gurgling happily in his high chair. His gummy grin beams across the room and he waves one chubby, grubby hand at his mum and dad who are, as far as he’s concerned, playing a very funny game. What a complete idiot! flashes across James’ mind, and immediately, he hates himself for thinking it. He blows his son a kiss, making the little boy dance with joy.

‘That figurine is worth more than our car,’ he murmurs to his wife, keeping his eyes on his son. He imagines a green glow sliding down into Greg’s stomach, working its way through his intestines, ever-so-slowly squeezing its way round corners on its long, long journey. God knows what state it’ll be in by the time it comes out.

‘All the more reason for getting him seen by a doctor, now,’ she grumbles, rolling to her feet with fluid ease. ‘Who’s a good boy!’ he hears her say as she nears the high chair, making Greg crow with pleasure. ‘Who’s the best boy? Come on, now, darling. Let’s go for a ride in the car! Yes? Come on.’ Greg stretches and bucks against his restraints as his mother starts to unstrap him.

‘I’ll go and get the keys,’ James mumbles, getting up off the floor with as much grace as a dying elephant. His knees and hips and ankles click and creak, and his heart races as he straightens himself. ‘See you outside.’

Grace is too preoccupied with the baby to reply. Honestly. You’d think I wasn’t even here, James thinks, swallowing a mouthful of acid. I’d like to see you keep this roof over our heads without me! He turns on his heel and makes for the hallway, grabbing the keys as he goes. Jasper is lying in his basket by the radiator, as always.

‘Hello, old man,’ murmurs James, risking a crouch. His knees pop again, and he balances himself against the wall as he rubs the dog’s greying head. Jasper looks up with eyes like two lost souls, feebly licking his chops. ‘We’ll be back soon, once this ridiculousness has been dealt with.’ James’ fingers lose themselves in Jasper’s dark, silky coat.

‘Get up,’ snaps Grace, suddenly appearing behind him, a quizzical Greg in her arms. ‘Or have you forgotten we have a sick child?’ She strides past him, yanking the front door open and leaving it to smack against the wall.

James turns back to Jasper, biting back his anger.

‘Don’t look so mournful, old friend. I won’t be long. When I’m back, we’ll go for our constitutional, right? Me and you, two men alone.’ He leans down and presses his face against the top of Jasper’s bony head. ‘Look after everything until we’re back.’

James gets to his feet, slowly, and follows his wife and son out the door. Jasper’s eyes follow his master, full of silent pleading. He takes another painful swallow as he watches James lock the door, and as he hears the car’s engine roar away. He flops his head back on his paws and tries to breathe.

It had looked like such a tasty treat, you see. Such a lovely colour, and the perfect size for nibbling. Jasper coughs, feebly, and closes his eyes against the pain.