As well as being my favourite time of year, November can also be a time when people spend some time remembering their lost loved ones. In Ireland, in the tradition in which I was brought up, November is the month of the dead; names of lost loved ones are placed on church altars, and they are commemorated and fondly recalled at every Mass. I always felt it was a lovely tradition, and it feels fitting that we should do this as the year slows down, and as we begin to prepare ourselves for the ending and rebirth that is part of every winter. I was brought up to believe that remembering our dead in prayer benefits them, and I still believe this; I definitely feel that taking time to remember the dead benefits the living in many ways, too. It’s not good to cut off grief and refuse to feel it, despite the fact that it seems much easier to deny it than to face it – it’s better, I think, to take the time to go through your sorrow, and honour the memory of those you’ve lost. Setting aside a particular time which is devoted to honouring those who’ve gone before us seems like a wise and kind thing to do, in my mind.

On Sunday, I watched some televised footage of various Armistice Day celebrations. This is always something that moves me very deeply, particularly as I watch the servicemen and women marching past the Cenotaph in Whitehall, in London. Their quiet dignity and pride – pride in their country and their fallen comrades, as well as the values for which they stand – makes me feel their losses and understand, in part, why they choose to fight. Personally, I abhor the very thought of war, and I wish there was no need for armies, navies and air forces, but I admire the self-sacrifice and courage required to do what you feel you must in order to bring about the betterment of the world, or your country. It takes bravery far beyond anything I possess to put your life on the line, day after day, in the service of others, and anyone who does make that choice has my respect.

In this country, we have a tortured history with relation to the World Wars and those who served and died in them. Ireland was part of the United Kingdom at the outbreak of WWI, and so many Irish people signed up to serve as part of the British war effort. Due to Ireland’s neutrality during the Second World War, Irish people who chose to fight with the Allies at that time had to join the British Army, which was seen as a form of treason. Horrendously, their courage was seen as a choice to turn their back on their own country, and not as a choice to do their best to make the world better for everyone. The families they left behind were often ostracised, and their grief was belittled and ignored. It’s only now that we’re beginning to commemorate those who fell, and pay the proper respect to their memory – it’s like a huge wound has begun to heal, and it’s a wonderful thing. Over the last few years, gravestones have been erected to mark the final resting places of over 200 servicemen and women in Glasnevin Cemetery in Dublin; all these noble people fell in the name of justice and right during the World Wars, and their graves had, until recently, been ignored by all but their families and descendants – and even, sometimes, not even them. It often happened that people served under false names, in order to avoid bringing shame to their loved ones, which makes their resting places harder to trace now; as well as that, some families refused to admit to having veterans from the World Wars among their number for a variety of reasons, including political.

The wearing of the poppy during late October and November, with which most people in the United Kingdom (at least) would be familiar as a mark of respect to the war dead, is still controversial in Ireland. Some people refuse to wear it due to the long struggle this country went through to gain its independence from colonial rule, and the poppy was considered, for a very long time, to be a mark of adherence to a regime of cruel tyranny due to its connection with the British Army. 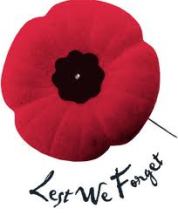 In Flanders fields the poppies blow/Between the crosses, row on row…

Ireland has a painful history in relation to the British Army, and it is true to say that, in the past, the British Army did not always act honourably in Ireland. The truth of the history of my country fills me with horror and sorrow, at times, but I do feel that we – as free, democratic European citizens – owe everything we prize to those who fought, and it’s up to us to bring about the peace that they died for. I do find it terribly sad that someone would refuse to wear a poppy for reasons which aren’t directly connected with remembering the war, and to my mind the actions of the British Army in Ireland, while sometimes reprehensible, are not connected with the war dead. The poppy commemorates those who gave their lives so that we could be free, a sacrifice I cannot imagine having to make, and because of that I find no difficulty in wearing one.

I would be happy to see Ireland owning her war dead, and remembering them with pride, instead of overlooking their existence because to remember them is too painful. I think this has already started to happen, and it makes me glad to think that, one day, we might be able to heal the wounds opened by the wars so long ago. Facing up to our troubled past, and laying the pain to rest by honouring those dead who were laid to rest without fanfare or ceremony all those years ago, is a worthwhile challenge for us to take on. We owe it to those who fell in battle. If they were brave enough to die for us, shouldn’t we be brave enough to live for them?