Well. So this has been somewhat of an unexpected morning, so far. I’ve finally managed to get something written for CAKE.shortandsweet’s Wednesday Write-In, however, as I’m sure you’ll all be delighted to know.

This week’s words were:

And here’s what I did with ’em. 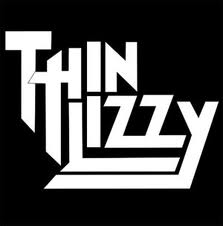 On A Long, Hot Summer Night

‘Oh my God,’ I panted. ‘I. Am. Boiling! I don’t know how you’re sticking it.’ Shelley, lying beside me in her brother’s heavy Thin Lizzy t-shirt, didn’t answer.

This heatwave was like nothing we’d ever known. A couple of days before, a guy from the end of our road had fried an egg on the bonnet of his car, just to see if he could. Talk had been flying around town about a kid who’d got heatstroke and who was now a foaming, raging lunatic locked up in a darkened bedroom. My own brother had managed to get himself stuck in a patch of melting tarmac like a fly in a spider’s web – but I had a feeling he’d done that on purpose.

‘Will we see if someone can bring us to the beach?’ I asked. ‘Maybe Joe, or one of the other lads?’

‘Ah, no,’ said Shelley, in a weird voice. ‘Joe wouldn’t be bothered with us, would he? He’s probably off with that girl from Ballyconnell – whatshername. You know the one.’

‘No. Who?’ I said, rolling onto my front, leaning over to examine my friend’s face. ‘I thought you and him were, you know.’ Shelley was lying flat out on her back, her eyes scrunched shut. Her cheeks were a faintly boiled pink, and her long blonde hair was spread out around her head like she was underwater. My own mousy brown locks were plastered to my skull, and every inch of me was doused with sweat. Shelley looked like she’d dropped out of the pages of a magazine by comparison, even with the stupid shirt on.

‘Yeah. Well.’ Shelley’s lips were drawn so tight that they were barely visible.

‘Shel, what’s up?’ I swished away a curious wasp, buzzing about beside her head.

‘Mind your own beeswax, Trish! Honestly. You’re as nosy.’ Shelley sat up, suddenly, and started gathering her stuff.

‘God, yeah. I’m grand. Not a bother on me,’ she spat, flinging her sun lotion into her string bag. She scrunched up the parchment paper that had been around our sandwiches, and shoved it in between her bottle of water and whatever book she’d brought with her. She was always reading something, usually stuff I’d never heard of. But then, that wouldn’t be hard.

‘You don’t sound like you’re grand,’ I said, propping myself up on my elbow.

‘Don’t worry yourself about it,’ she said, turning towards me. ‘You wouldn’t have a clue, anyway.’

‘What’s that supposed to mean?’ I licked my lips, tasting the horrible mixture of sweat and suncream on my skin.

‘I mean – Jesus. I don’t know what I mean.’ She drew her legs up and wrapped her arms around them. Kissed golden by the sun, they made my limbs look like they were made out of toothpaste by comparison. ‘I mean, fellas don’t treat you they way they treat me.’

‘Yeah. Well, I know that.’ Fellas didn’t even look at me. They couldn’t keep their eyes off Shelley. Not just their eyes, either, most of the time.

‘I wish I was you, sometimes. It’d be great to have a bit of peace.’ A spike of pain drove itself through my chest as she said this. Yeah, being me is fantastic, I said to myself. Fat, ugly and alone. Bloody brilliant.

‘You’re such a cow, Shelley Malone,’ I said, hefting myself to my feet. ‘A stupid, selfish – ‘

‘Trish! God, I’m sorry. That’s not what I meant.’ Shelley looked up at me, squinting against the sun. Her face was blotchy, and her eyes were full of tears. My insides tied themselves in a knot as I looked down at her, sitting on the grass like a lost child.

‘Shel – look!’ I flopped back down beside her. ‘Just tell me, will you? I want to help.’ Really, I just wanted to know, but I didn’t tell her that. Shelley didn’t answer me for ages; she just sat there, breathing deeply, her face thrown back against the wide blue sky like she wanted to melt into it.

‘Well, unless you have money, or a way to get to England, you can’t help me,’ she said, her voice so quiet that I barely heard her. My heart skittered around while my brain absorbed her words, and I thought about the book in her bag. Her dreams of going to Dublin to study. The life she should’ve had.

‘But there has to be something we can do, right? Isn’t there?’

‘Who’s ‘we’?’ she said, and at her words it felt like the sun had gone behind a cloud. I shivered, my skin prickling, as I looked at her. ‘There’s only one ‘we’ here, and it’s not me and you.’

She grabbed her bag and rose to her feet, and I watched her walk away. Part of me knew, even then, that she was never coming back.