A few days ago, a friend and I were discussing – what else? – writing, specifically the thorny issue of money, and how to marry your writing with your desire to earn. My friend is also a writer, thankfully in a genre that is vastly different to mine – I say ‘thankfully’ because she writes extremely well, and with a savvy eye toward the business-related aspects of the craft. She has experience of self-publishing (at which I’m a total newbie, though I’m learning), and has been a source of support and advice to me for years. 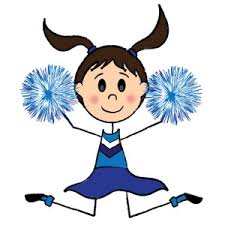 However, the other day I learned something new about my friend. She told me that she has also published (under a pseudonym) a romance novella, which was, apparently, easy to write, didn’t take up a whole lot of time, and – importantly – earned her a small advance, paid by an American publisher who churns out hundreds of similar novellas every month. It wasn’t much, but it was enough to make it interesting.

‘You should try it,’ she urged. ‘What have you got to lose?’

Interestingly, this is something I have considered before. It’s almost a cliché that writers of romance novels earn packets of money, and writing a good one will propel you into a financial stratosphere of heights heretofore unimagined. There is a huge market for romance novels, because they include everything which is good about humanity in their rather broad church – love, acceptance, growth, learning about oneself, happiness, contented marriage, stable families, happy endings, fulfillment, partnership, personal power – and reading one must be akin to taking a warm bath.

I say ‘must be’ because – and I swear this is the truth – I have never, in my long and eventful life, to the best of my knowledge ever, read a romance novel – as in, a novel wherein the romance is the primary plot feature. Not if you don’t count ‘Twilight’, at least, or some of the YA books I’ve read which feature romantic relationships. I’m talking about the Mills & Boon-type books, the Harlequin Romances, the Nicholas Sparks-type books which (and I don’t mean to offend anyone by saying this) usually bring me out in a rash. I am not a fan of romance novels, which is not to say I am not a fan of romance. I love to love. I just don’t like to read about it. I’m not even a big fan of romantic movies. The only films which might broadly be described in these terms which I can remember really enjoying were ‘(500) Days of Summer’ and ‘Scott Pilgrim Vs The World.’ Technically, I guess, you could call these films romantic, but not really. 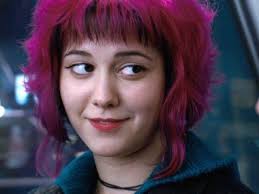 Shyeah right. As if I’d be in a romcom. Come on!
Ramona Flowers, lead character in ‘Scott Pilgrim Vs The World’, as played by Mary Elizabeth Winstead.
Image: rottentomatoes.com

But the unarguable fact is: romantic books and movies sell, by the bucketload. They are popular. The authors who write them know what they’re doing, the people who read them know what they want, and it’s a perfect symbiotic relationship.

But here’s the rub.

I firmly believe you can’t write well in a genre unless you’re fully immersed in it, and unless you’ve read widely in it, and unless you’re intimately familiar with its rules and conventions (because, much as we might hate to admit it, every genre has them); so, how on earth would a newbie like me write a successful story in a field in which she has no experience? And, more importantly, should a newbie like me even try?

If I were to write a romance novel, or novella, it would take a huge amount of research. It would involve me changing my usual style, employing different techniques, relying more on description and interiority than dialogue, perhaps; it might involve me toning down my usual snark (which works well in kids’ writing, but not so much in romance, I suspect.) In short, it wouldn’t be as simple as sitting down at the keyboard and bashing at it for a couple of weeks until a fully-fledged novella falls out. Now, in theory, none of this is a bad thing – changing up your writing style, experimenting with new forms, stretching yourself as a writer, and finding a different sort of voice are all good things, which can only add to your skillset. However, I still find myself reluctant to try.

My reluctance stems, I think, from my conviction that it is not fair, nor right, to attempt to cash in on a genre merely because it’s widely perceived to be ‘easy.’ I don’t believe it’s fair to assume that readers of a genre won’t spot a cynical attempt to make money from them; I don’t believe it’s right to expect them to accept second-rate work, and I feel that my own attempts to write in this genre would, by definition, be second-rate. When I write, I do so because I love it and I feel I have something to say. It comes from somewhere very personal and secret. It is me. Writing anything else would be dishonest.

Having said that, I don’t feel there’s anything wrong with writing, say, a non-fiction piece which requires research. If someone wanted me to write two thousand words on the history of lavatory seats, or the precise mechanism by which a safety belt operates, or the relative frothiness of one brand of washing-up liquid over another, I feel sure I could deliver. I have no particular expertise in any of these fields, and I am not an expert in non-fiction, either. But I’d find this less challenging than writing a romance novel. So, then, is it more to do with the fact that not only am I inexperienced in the genre, but I don’t want to engage with it? It’s not so much the research, perhaps, as the subject matter I object to. 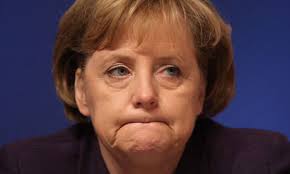 I don’t consider myself to be a prude, or a literary snob, but perhaps I am. I don’t like to think that any sort of literature is ‘inferior’ to another; if people are reading, and enjoying it, then it’s all to the good. But, having said that, I rarely read outside my own ‘comfort zone.’ The idea of reading romance novels in order to prepare myself to write one just seems crass and artless, and even slightly suspect.

By the way, I’m not including my friend in any of this. She is a broad-scope writer with fingers in many pies, and her portfolio of skills and experience vastly outstrips mine. Writing a romance novella, for her, would involve none of this mental machination, and I’m sure her work is excellent. I hope it sells by the truckload.

Then again, perhaps I could be induced. What’s a little research, after all?

One thing I do know is: if I ever do write a romance novel, none of you will ever know about it. It’ll be written under a nom-de-plume so exotic that nobody, not even my mother, will recognise it, and the only people who’ll be aware of a connection between it and me will be the tax authorities. It’s not that I’d be embarrassed by anything I’d write, but because doing it incognito would give me more freedom to say what I like – and that’s always a good freedom to have.

Does anybody have any particular expertise in romantic fiction? Any tips or pointers for me? Or, even, any suggestions for an utterly fabulous pen-name?